A quiet alleyway off Redcross Way in Borough has been included in Disney London, a map of locations associated with the company's films. 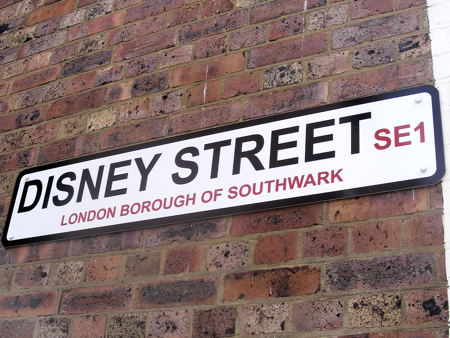 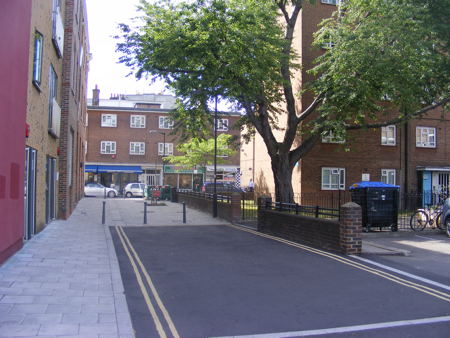 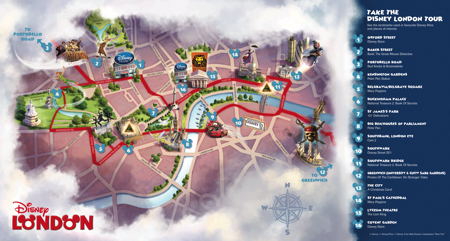 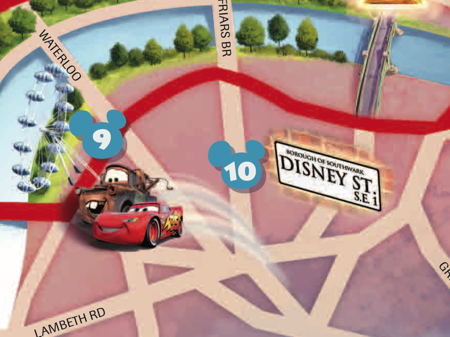 A close-up of the SE1 section of the Disney London map. Bizarrely, the Disney Street marker is placed on Blackfriars Road

The Disney London map has been produced to celebrate the opening of the new Disney Store at 350 Oxford Street.

The map celebrates Disney's London heritage by taking Disney fans on an "adventure trail" of the capital taking in the London landmarks seen in films such as Peter Pan, Mary Poppins, 101 Dalmations and the forthcoming Disney/Pixar animated adventure Cars 2 which features the London Eye on the South Bank.

Tourists may be perplexed by the inclusion of a quiet Southwark back street on the map. The names of Disney Place and Disney Street near Redcross Way and Marshalsea Road predate Walt Disney by many years – and there's little for visitors to see apart from a Southwark Council street sign.

At the Oxford Street store visitors will be able to watch the map come to life on the giant screen in the Disney Store Theatre.

Free copies of the Disney London map will be available from the Disney Store Oxford Street from Thursday 26 May while stocks last.