More than 350 people enjoyed a free picnic in Potters Fields Park on Wednesday as Alex James hosted a world record attempt to promote The Big Lunch. 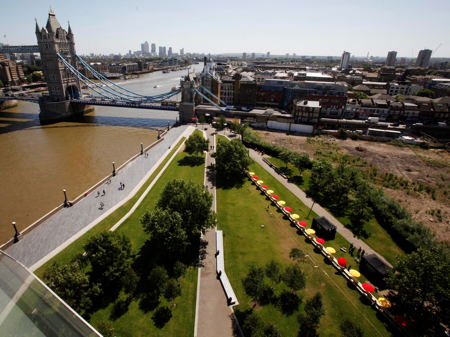 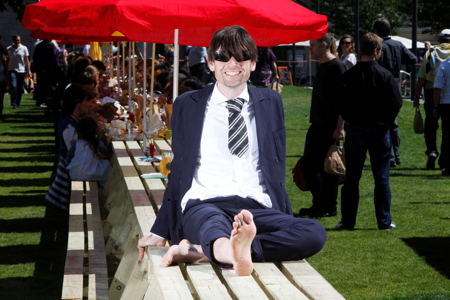 The world's longest picnic table covered more than 90 metres of the riverside park near Tower Bridge.

Former Blur star Alex James hosted the MasterCard-sponsored lunch and ate with the crowds while Mayor of London Boris Johnson also stepped out of City Hall to enjoy the party.

The 2.75-tonne picnic table was created using 1,230 metres of timber and 3540 screws. It was constructed by a two-man team in a workshop near Southampton before final assembly in Potters Fields Park.

The giant table has now been divided into smaller picnic tables which will be given to community groups and gardens across London.

The Big Lunch on Sunday 5 June aims is to get as many people as possible across the whole of the UK to have lunch with their neighbours in a simple act of community, friendship and fun.

Here in SE1 Big Lunch picnics will be held in Tabard Gardens and at All Hallows Garden in Copperfield Street. Residents of Pearman Street in Waterloo are also planning a similar event.

"With MasterCard's ongoing support, The Big Lunch has got bigger and better each year," says Tim Smit, head of the Eden Project.

"This new world record will hopefully remind last minute lunchers that The Big Lunch is coming up soon and inspire all to get involved."