The SE1 Living Heritage exhibition, the culmination of a two year project, has opened on three floors at the Bargehouse on Oxo Tower Wharf. 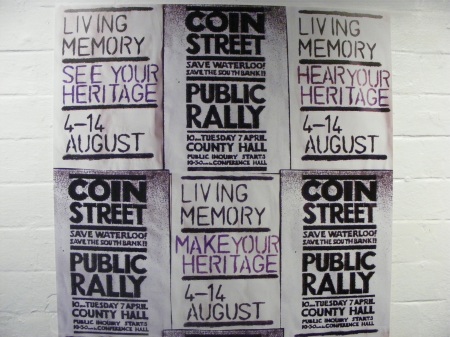 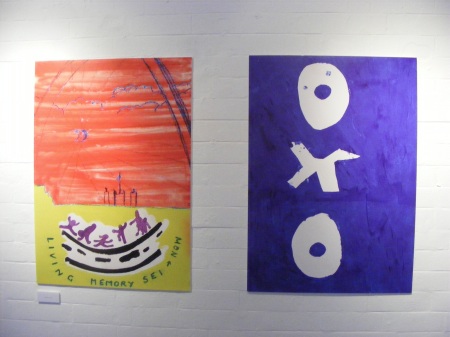 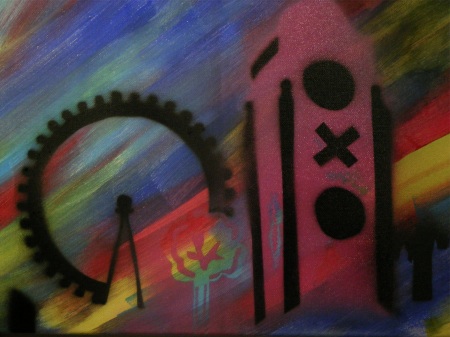 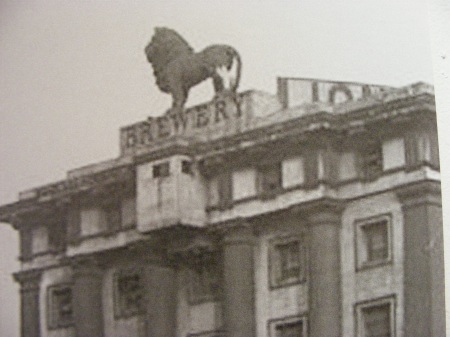 The Westminster Bridge lion was on the Lion Brewery 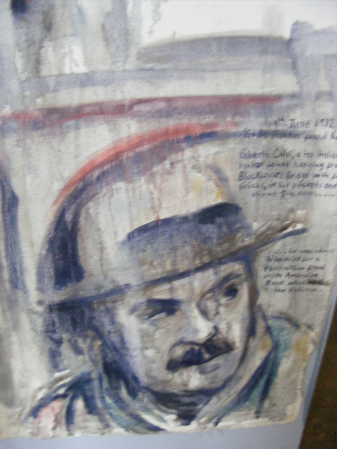 Roberto Calvi who was found dead under Blackfriars Bridge in 1982 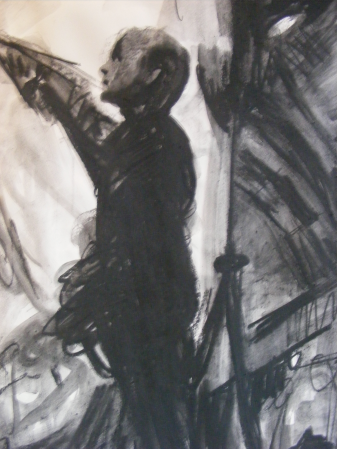 Feliks Toploski painting in his studio under the railway arches

Over 300 residents engaged in the project and at least 250 of them attended the exhibition launch on Thursday evening.

On show are paintings, posters and films recording the decades of the twentieth century. The votes for women campaign, the Second World War and the Festival of Britain stand out.

The focus is the triangle created by taking the Thames, Lambeth Road and Southwark Bridge Road as boundaries. Maps by Ben Stephenson highlight the themed walks taking place again this week within this area.

Old maps, models and photographs show how Waterloo and its neighbours have changed. Although there is the record of poverty, when occupations included 'scavinger', there are also moments of fun and happiness.

Move to Brixton.
No thanks.
Move to Battersea. No. Thank God!
Final offer. Waterloo. Mum takes it.

Anne of The Cut says:

It still grabs me every time I look upstream and I see St Paul's and the river and I think 'I'm home and everything's OK.

The Living Memory Heritage project was funded by the Heritage Lottery Fund.