Hundreds of people lined Westminster Bridge and the South Bank on Monday evening to cheer on David Walliams as he reached the end of his 140-mile swim down the River Thames. 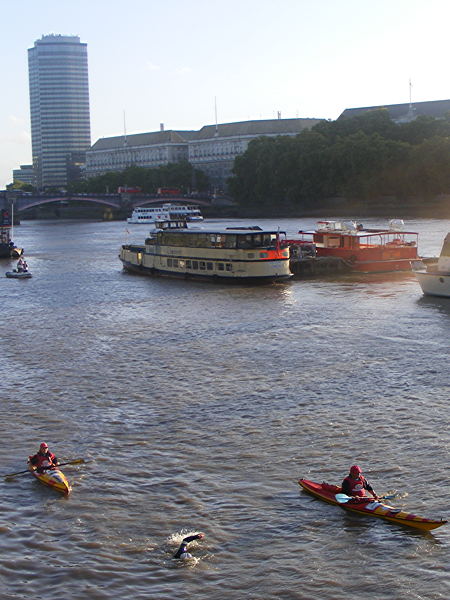 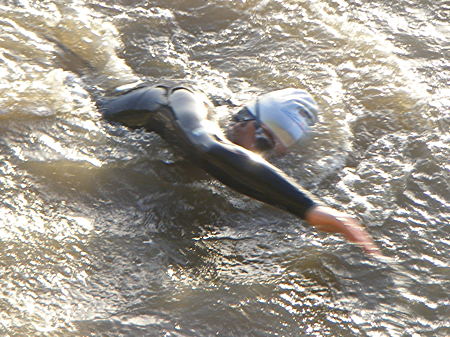 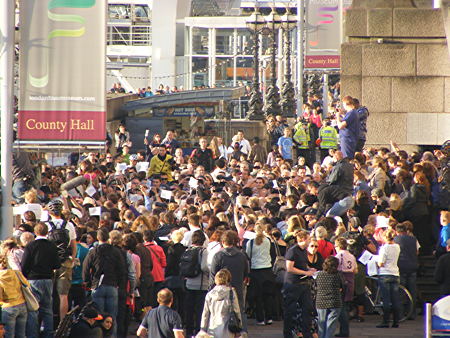 Walliams battled illness to complete the challenge which he started a week ago at Lechlade in Gloucestershire.

The stunt has raised more than £1 million for Sport Relief.

Sport Relief is part of Comic Relief which has its headquarters on Albert Embankment.

As Walliams passed Albert Embankment staff were on hand with banners to greet him and cheer him on. They ran along the riverside path towards Westminster Bridge shouting encouragement.

Doctors and nurses from St Thomas' Hospital stood on the wall at the edge of the hospital grounds to try to catch a glimpse of the comedian.

At Westminster Bridge police briefly shut the bridge to traffic to allow the crowd to surge from the upstream side to the downstream side as Walliams swam underneath.

The crowds on the South Bank outside County Hall were so large that security guards closed the privately owned section of the Thames Path and directed pedestrians to walk via Belvedere Road to reach the London Eye from Westminster Bridge.

Sport Relief has warned members of the public not to attempt to emulate Walliams' stunt.