Part of Stoney Street was sealed off on Tuesday evening after a hole appeared in the road surface. 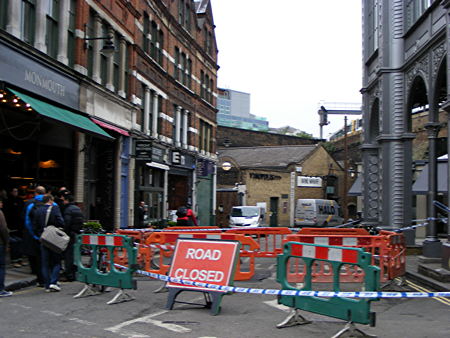 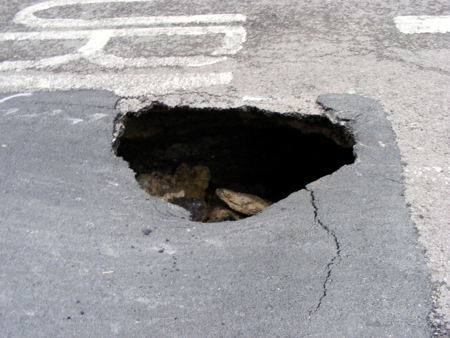 Police have been keeping a watchful eye on the hole which appeared in the road surface between Borough Market's Floral Hall portico and the Monmouth Coffee Company shop in Stoney Street.

Southwark Police say that they did not receive any reports from the public about the incident but officers on patrol may have taped off the affected area.

"It appears that this is a sewer collapse," says Cllr Barrie Hargrove, Southwark's cabinet member for transport, environment and recycling.

"We are contacting Thames Water to get them there as soon as possible.

"In the meantime we have plant on site and will excavate to expose the sewer and remove all loose debris.

"It's difficult to estimate exact timescales for repair but we imagine it will be a number of days to rebuild the sewer.

"Obviously we can't backfill the depression in the meantime."