Last month Princess Alexandra visited Fairley House School in Lambeth Road to unveil a plaque commemorating the school's thirtieth anniversary and to mark its expansion into the former ADI Centre. 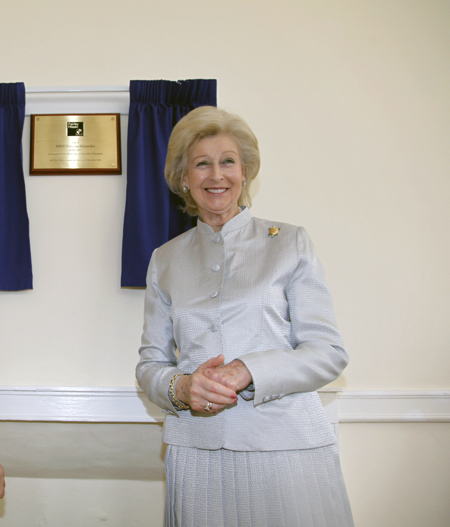 Fairley House, an independent day school for children with dyslexia and dyspraxia, was founded in 1982 by speech and language therapist Daphne Hamilton-Fairley.

She established the school in memory of her husband Gordon Hamilton-Fairley, a professor of medical oncology, who was killed by an IRA bomb in October 1975.

Mrs Hamilton-Fairley set up Fairley House because she thought there should be a special school for children with dyslexia and dyspraxia where they would thrive, learn and be understood.

Princess Alexandra performed the opening ceremony when the school opened on its original site in 1982. At that time it had had 25 pupils.

The royal visit also marked the opening of the school's new premises in the former ADI Centre alongside the existing junior department.

The ADI Centre, which opened in 1933 as the Archbishop Davidson Institute, was sold to the school last year by Lambeth Council for Ł1.6 million.