Nearly two dozen people have been arrested in a police clampdown on illegal gaming on Westminster Bridge. 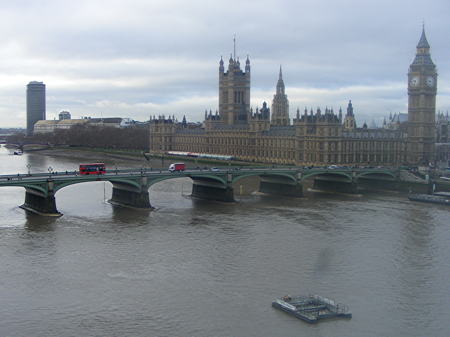 Ten people were arrested for gaming offences in the Westminster Bridge area at the weekend.

On Wednesday police swooped from a London bus onto teams of suspects who had been gaming on the bridge.

By using the bus to arrive unseen and in large numbers, officers were able to appear right next to the suspects and quickly fill the area to prevent their escape.  At least 12 people were arrested.

"We are rightly clamping down on the gangs of illegal gamers and thieves who can make visiting central London a misery," says Mayor of London Boris Johnson.

"We are weeks away from a fantastic Olympic Games and there is no place in our city for criminals who profit from preying on visitors.

"We are working to rid our streets of these criminal networks and our actions mean that visitors and Londoners will be better able to focus on the games and enjoy the best London has to offer."