The fireboat based at Lambeth rescued a man from a fire on a small power boat in the middle of the Thames, close to the Houses of Parliament, on Sunday evening. 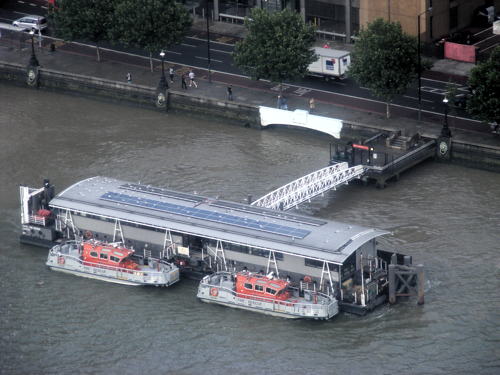 The fireboat crew was able to rescue the man and put out the fire.

"The fire developed in the engine compartment and the man managed to escape into the front of the boat," said watch manager Craig Weeden, who is based at Lambeth River fire station on Albert Embankment.

"Unfortunately, the fire meant he had no engine, and he so he was drifting along the river with no power in the burning vessel.

"He drifted right past our pontoon, so we mobilised straight away. He was by the Houses of Parliament when we got to him.

"We were able to safely rescue him and put out the fire. Fortunately he was not injured, though he was understandably a bit shaken up."

A combination of three fire engines and two fire rescue units from Lambeth, Battersea, Euston and Soho fire stations were at the scene. Around 30 firefighters attended.