At least £100,000 from the charity abseil at the Shard led by the Duke of York on Monday has been set aside to enable more than 700 Southwark teenagers to take part in Outward Bound courses. 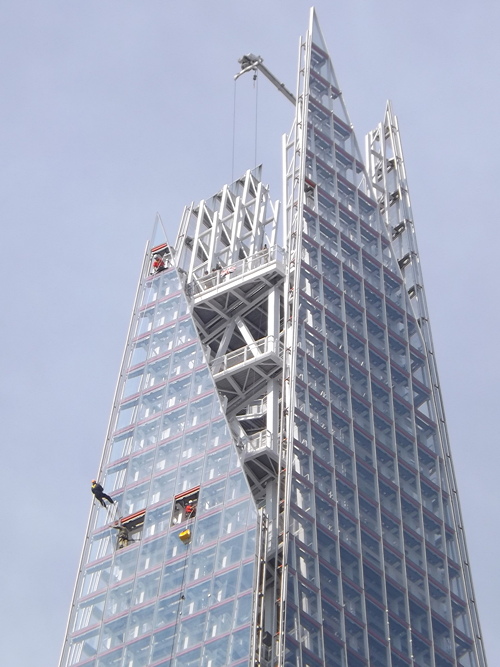 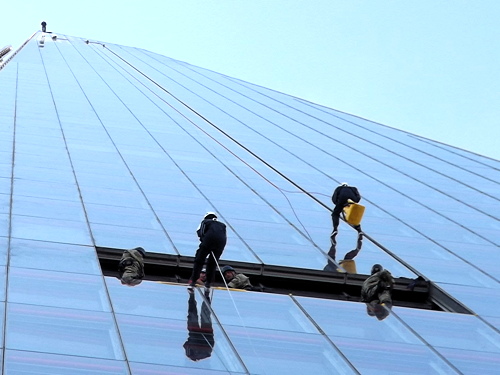 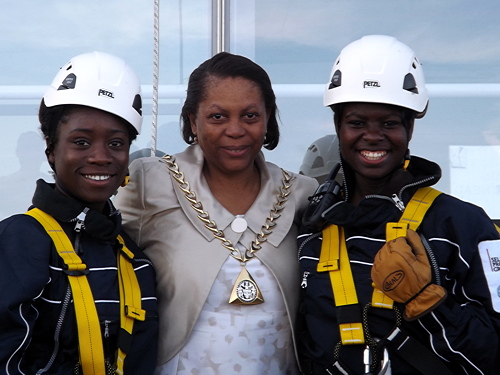 Along with the Duke of York, Ffion Hague and business leaders, three pupils from Southwark schools were invited to take part in Monday's event in aid of the Outward Bound Trust and the Royal Marines Charitable Trust.

The Mayor of Southwark, Cllr Althea Smith, was on hand to encourage and congratulate Lois Aikins and Seraya Bygrave – who both attend Harris Academy East Dulwich – when they took the plunge on Monday afternoon.

Lois and Seraya have both taken part in Outward Bound courses and are enthusiastic about making sure that other young people in the borough have the same opportunities.

Earlier in the day Chloe Funnell from St Saviour's & St Olave's School had chatted with the Duke of York when she completed her abseil.

"I am so proud of our young people who are taking part in this exciting challenge for charity," said Cllr Dora Dixon-Fyle, Southwark's cabinet member for children's services.

"There is a negative perception of young people in society these days but time and time again I come across remarkable examples of young people from Southwark who are stepping up and breaking down these stereotypes."

Volunteers from More London-based PricewaterhouseCoopers were out with collecting buckets to raise sponsorship cash for the abseil in the streets around London Bridge.

Prince Andrew has already raised more than Ł300,000 in sponsorship for his participation in the stunt and organisers hope to reach an overall total of at least Ł1 million.