Blackta at the Young Vic

A bold play, making a bold statement, but one which doesn't quite hit the mark. 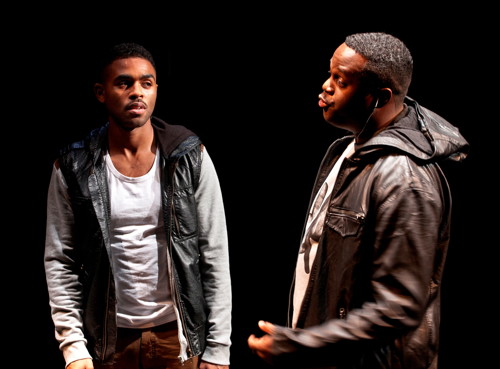 Despite all of the progress achieved in the past few decades, racism undoubtedly lingers on in our society. It has re-emerged as a prominent issue in football, where many were shocked to find that very little appears to have changed on and off the pitch. Less visibly, as 'Blackta' forcefully suggests, it continues on our hallowed stages and behind closed audition doors.

Acting is a relatively closed world unlike, say, journalism, in which journalists constantly write about one another. Even more so, acting is rarely seen from the perspective of a black actor. 'Blackta' therefore feels fresh and radical; more radical than it should. Its playwright, Nathaniel Martello-White, is a young black actor who, though successful himself, felt compelled to write the play after seeing one too many fellow actors held back by prejudice.

'Blackta' is therefore an exciting play. For anyone without direct experience of the prejudice experienced by the characters in the play, it is challenging and eye-opening, whilst at the same time humorous and witty. The fictional actors perform humiliating audition tricks to a faceless judge, in the style of a TV talent show, and are inevitably rejected. Race and colour are very much in your face; the characters are labelled by their skin tone, 'Yellow', 'Brown', 'Black', 'Golden Brown', rather than named. In a dream scene, all of the characters are re-imagined on the set of Star Wars. This scene allows for clever acrobatics and clever laughs – whilst, implicitly, reminding the audience how few black actors appeared in any of the Star Wars films.

So far, so good. Yet, instead of challenging stereotypes of young black men (regardless of their occupation), Martello-White's characters reinforce these stereotypes. They are sexist and aggressive, bored and (mostly) passive. They are well-acted but, on the whole, not likeable characters.

The theatre world can never be colour-blind, of course. But it is true that, even from the outsider's perspective, there are far fewer black characters on our stages and screens – and those that there are often typecast. Martello-White's play will once again raise this issue in our consciousness. Whether it will fundamentally change the situation appears unlikely. However, we can undoubtedly expect more good things from this actor and playwright.