Tickets for the first day of public access to the viewing galleries at the top of the Shard have sold out, according to the attraction's operators. 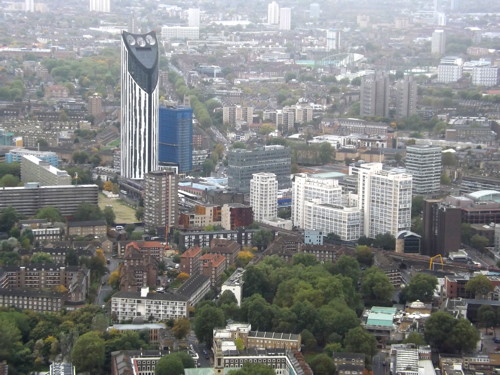 The Elephant & Castle from the top of the Shard 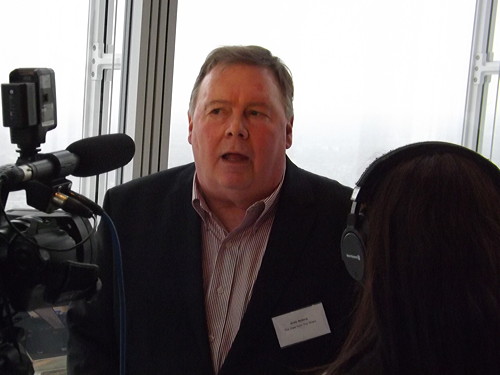 The attraction, known as The View from the Shard, is due to open on Friday 1 February.

"The opportunity to enjoy The View from the Shard is anticipated to be one of the most in-demand tickets of 2013 and we are delighted to have sold out our first day of opening and anticipate that sales will remain high as we move toward launch," said chief executive Anders Nyberg.

"It is interesting to see special dates and certain times of day proving most popular – such as 14 February and sunrise and sunset times. Watching the sun rise or set over London is a remarkable experience from 244 metres above the city."

The entrance to the attraction will be from Joiner Street where workers are currently putting the finishing touches to the new paving.

In the meantime the View from the Shard is one of the most sought-after venues for corporate events and product launches this Christmas.

Southwark residents will have the opportunity to visit the attraction before the February launch. As we reported earlier this week, 4,000 free tickets for the last week in January will be distributed via local libraries from Wednesday 19 December.

"I wrote to the developers back in October asking them to look into giving free access to local people, so I'm pleased there has been progress on this," said Cllr Paul Noblet, deputy leader of Southwark Liberal Democrats.

"It's good news that local residents are being given the chance to see the view for free, however not everybody will be in a position to benefit from this. For a start, if you're out working during the day, how are you supposed to get to the library to pick up tickets?"

"Additionally, some libraries will actually be closed on the day the ticket giveaway begins, so there is some confusion about how this is going to work in practice."