Man jailed for 16 months for violent attack at London Bridge

A scaffolder from Orpington has been sentenced to 16 months in prison after he launched an unprovoked attack on a father and son at London Bridge Station last spring. 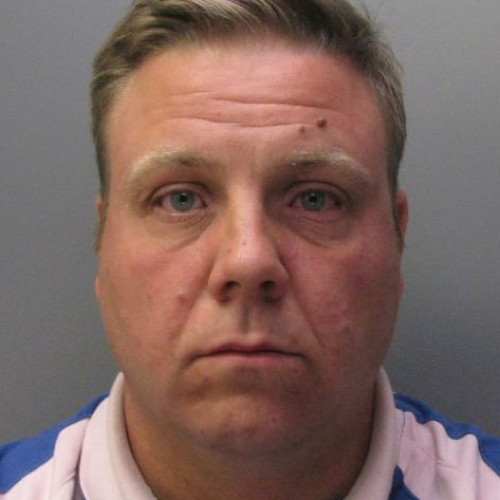 The court heard how McSweeney had violently attacked the men at around 9pm on Saturday 31 March 2012 as they attempted to buy crisps from the vending machine he was leaning on.

Unprovoked, he repeatedly punched the 48-year-old father from Bexleyheath, who had recently undergone major surgery on his back, knocking him unconscious. As a result, the man had his front teeth knocked out and was also left with a deep facial cut that required stitches.

His 19-year-old son, also from Bexleyheath, received cuts and bruises to his face after he had tried to protect him.

Detective Constable Rachel Smith said: "McSweeney, who had been out drinking all day, had become violent and refused to move when the two men tried to access the vending machine on platform 5.

"He punched the father to the ground, knocking him out cold. His son stepped in to shield his father from McSweeney's continuing blows."

The court heard how McSweeney continued the violence even when the man's son pleaded with him to stop due to his father's recent surgery.

Police were called and McSweeney was arrested at the scene. Upon interview, he told officers he acted in self-defence.

DC Smith added: "From viewing very clear CCTV footage of the attack, it is apparent that at no stage did either victim assault McSweeney in retaliation or defence.

"When shown a clip of the attack, he admitted it was not self-defence and could not explain why he acted as he did.

"This was cold and unprovoked violence on two men who were simply trying to buy snacks and I hope the sentence handed to McSweeney deters others from acting in this way."