Bermondsey boxing champion battles it out with Battroborg robot 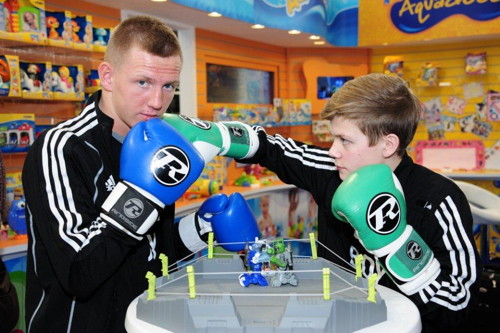 Tomy is launching the world's first motion-controlled micro battling robots which will go on sale this summer.

The cyber-fight was held in a special boxing arena for dual robot combat at the Olympia Exhibition Centre where the boys showed off their boxing skills.

The Fisher Amateur Boxing Club in Riley Road is part of Downside Fisher Youth Club and Tomy will be making a donation to club funds in recognition of Ted and Frankie's assistance at the Toy Fair.