Illusionist David Blaine has now been in residence at Potters Fields for more than three weeks, but the patience of police and local residents is wearing thin in the wake of a number of incidents of anti-social behaviour in the and around the park. 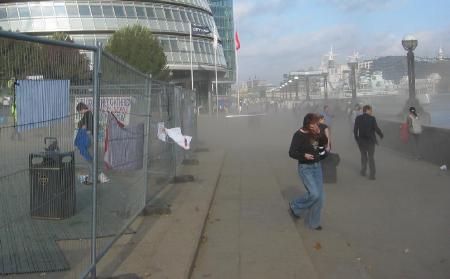 Residents have been venting their frustration in our forum. One member said that it took them more than an hour to cross Tower Bridge in the early hours of the morning due to traffic congestion caused by the stunt. The extra visitors have also been disrupting parking in the area, including residents' parking bays.

Another contributor said that the Shad Thames area "has been witness to far more noise, litter and anti-social behaviour than ever seen before" with "noise and ill-mannered behaviour until ridiculous hours in the morning". 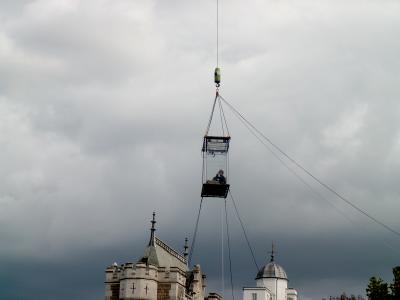 The same writer said: "we've had to cope with everything from gangs of petulant youths screaming up and down Queen Elizabeth Street on mopeds shouting and yelling at each other, at least three (that I've seen – and I've been out for most of the weekend) incidents of road rage directly outside our window, and huge amounts of litter being left by the voyeuristic hordes who think that some magic litter-fairy will clean it all up."

One poster likened the state of Potters Fields, a precious riverside green space, to a bomb site: "Rubbish strewn everywhere, ranging from broken glass to half-eaten McDonalds. Pidgeons everywhere. All grass gone, just a barren wasteland of mud", adding: "I would not mind so much, but this is where my daughter plays. Now, with broken glass everywhere and half-rotting food, she has nowhere to play in the open." 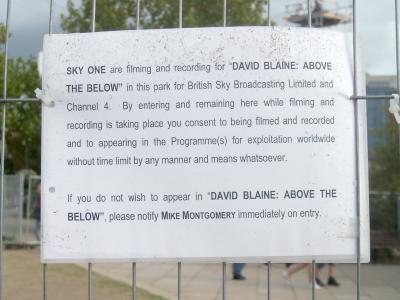 In a statement issued last week, Southwark Council said that it had been approached by BSkyB for permission to stage the event: "Council officers consulted with the chair of the local tenants' association, local councillors and the leader of the council before giving the go ahead for the event.  Mr Blaine's company have paid the council a fee for the use of the field.

"Prior to agreeing the event Mr Blaine's company submitted detailed risk assessments covering the safety aspects of the event." 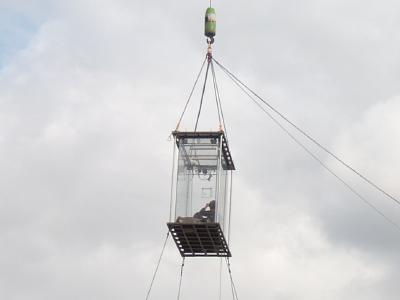 The council claims that it "regrets the antisocial behaviour that has occurred at the site and Mr Blaine's own security team work very closely with the police to ensure that these incidents are kept to a minimum", attributing most of the problems to drunken revellers visiting the site at weekends.

Despite the complaints of local residents, the Council stands by its decision to permit the event: "The vast majority of people want to see the event continue, and prove that by their continued visits to the site."

Metropolitan Police commissioner Sir John Stevens said on Thursday that the stunt had become so expensive to police that he would now seek a contribution from the event's organisers towards the additional costs. "We have now asked the organisers to pay as it is having a considerable effect on Southwark," said Stevens. "We are also considering the public order implications of this event." 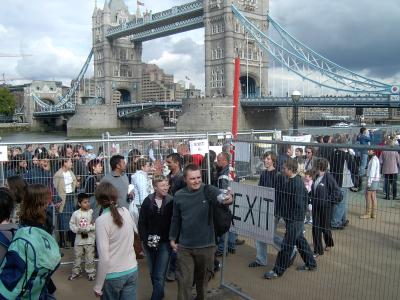 Scotland Yard said that Sky had paid for the cost of policing the crowds last Saturday and Sunday and would continue to pay for an extra police presence every weekend till Blaine's scheduled exit from the box on Sunday 19 October.

Southwark Council say that they have got extra parking officers in the area to deal with parking enforcement issues and extra officers – paid for by the organisers – dealing with the increase in litter. Extra park rangers are also working closely with police on security matters.