The Delfina restaurant in Bermondsey Street has closed for refurbishment. It will reopen in May under the name Tanner & Co. 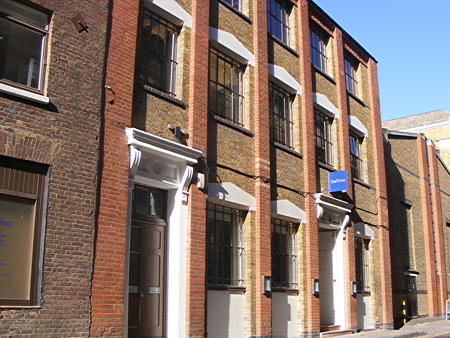 The rebranding signals the end of the 21-year association between philanthropist Delfina Entrecanales and the former chocolate factory building.

Between 1992 and 2006 the Delfina Studios provided affordable studio space for dozens of artists including some famous names.

Last summer, at the age of 85, Ms Entrecanales received the CBE in the Queen's birthday honours list in recognition of her services to the arts.

The Bermondsey Street building was sold for £8 million in 2006 and the artists moved out, although the restaurant continued to trade under the Delfina name.

When Tanner & Co opens in late May it will offer a 100-cover restaurant and event space for up to 250 guests.

"Tanner & Co will be a great addition to a destination that is prized for its world class restaurants," said Camm and Hooper managing director Claire Lawson.

"It will also represent the first in a series of event spaces that Camm and Hooper will be opening in the capital's landmark locations.

"We have created a unique space and are challenging the norms by offering a very different service offering a menu concept for the lively events market."

The restaurant will be open seven days a week and the men – overseen by Justin Saunders – is described as "a contemporary take on comfort food".