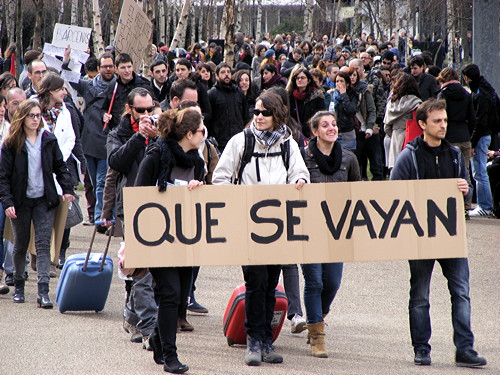 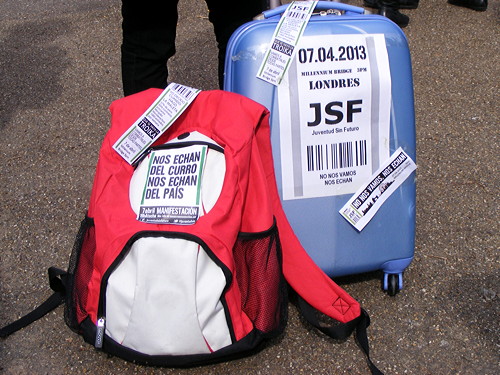 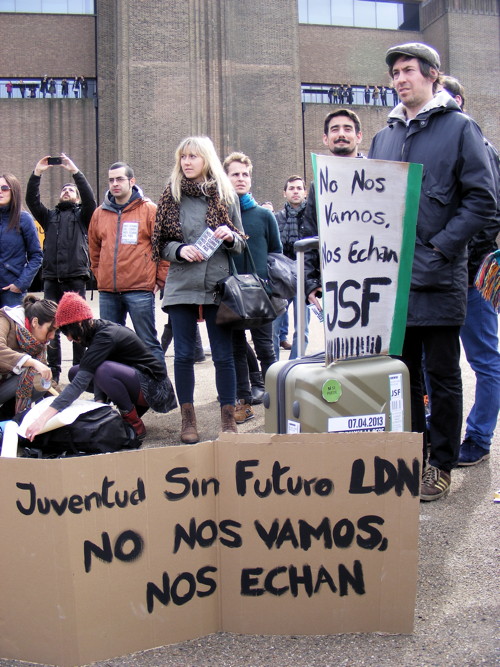 The peaceful gathering on Bankside was a protest about high unemployment in Madrid and other Spanish cities and was timed to coincide with similar protests in Berlin, Amsterdam and Spain.

Many had suitcases to show that they were emigrants forced out of their own country.

Spokesperson Hugo de Armas from Tenerife said that hundreds of thousands people had left Spain due to austerity measures imposed by the European Union and Spain's conservative government led by Mariano Rajoy.

"We are emigrating but we are not leaving the country. The economic system and the bank system are throwing us out of the country," he said.

After forming a queue they walked across the Millennium Bridge into the Square Mile as a symbolic act of entering the heart of London having been banished from Spain by the Spanish government's handling of its economic crisis.