The Metropolitan Police will move some of its headquarters departments to Lambeth Road under plans announced on Monday. 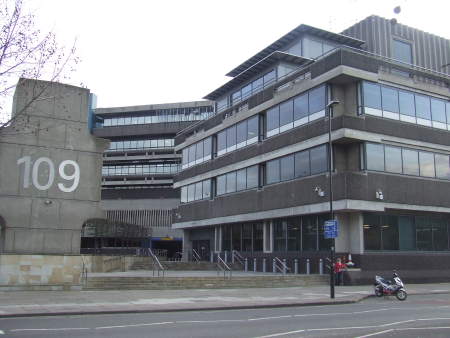 The Mayor's Office of Police and Crime has published its estates strategy which includes the sale of New Scotland Yard and the relocation of the Met's headquarters to a smaller building on Victoria Embankment.

Some of the proceeds of the sale of New Scotland Yard will be used to refurbish the major police building on Lambeth Road which will accommodate some of the departments displaced from the Westminster HQ.

"Selling off underutilised and unoccupied buildings will cut the running costs of the Met's estate by Ł60 million, which will pay for 1200 extra police officers across London's boroughs over the next three years," said Stephen Greenhalgh, Deputy Mayor for Policing and Crime.

"This strategy should generate at least Ł300 million, which will be ploughed back into the remaining buildings so that a run down, largely Victorian police estate is fit for the 21st century."

Deputy Commissioner Craig Mackey said: "This is the most significant transformation of the police estate in the history of the MPS.

"The changes proposed will help us to save on running costs and sell properties that are no longer required, allowing us to invest in modern facilities that are fit for our officers, staff and the public."