A consultation on a future use for London Bridge Station's arches has been launched by Team London Bridge with an on site photographic exhibition. 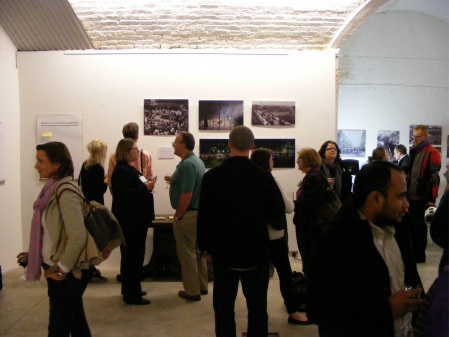 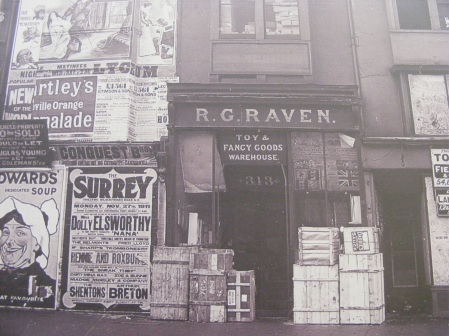 Detail from 1902 photograph of shops in Borough High Street 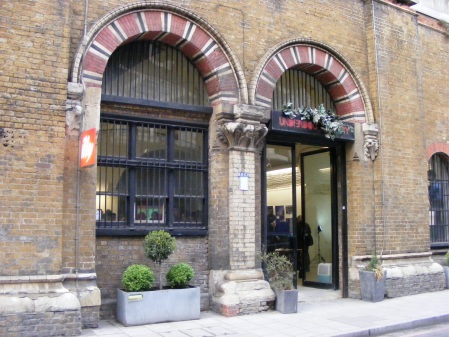 The Underdog Gallery in Crucifix Lane

London Bridge on Camera at the Underdog Gallery features photographs dating back to 1865 as part of the consultation on the possibility of creating a cluster of arts, crafts and technology businesses within the arches and tunnels under the eastern end London Bridge Station.

The passenger station to the west is being redeveloped over the next five years.

Speaking at the exhibition opening on Thursday evening, Southwark cabinet member for regeneration Fiona Colley agreed that the railway had been a barrier in the past.

"We share Team London Bridge's vision of the arches as an asset, an underutilized space, and an opportunity for growth and employment," said Cllr Colley. "And What I find particularly interesting about this project is the way it seeks to bridge that divide between the big business world of More London and The Shard and recall the tradition of culture and arts in Southwark."

Cllr Colley pointed to a 1948 photograph of the Tabard Players performing in the George Inn's yard as an example of that heritage.

The oldest picture in the exhibition shows road workers about to install bollards outside the present Tooley Street station entrance as men in top hats look on. In a 1902 photograph of Borough High Street shops there can clearly be seen a poster advertising The Surrey Theatre at St George's Circus and a To Let sign erected by estate agents 'Field, Sons'.

The historical photos, provided by Southwark Council and the London Metropolitan Archives, are juxtaposed with contemporary photos chosen through an IdeasTap competition.

Also on show are pictures of Viaduct des Arts in Paris and the Hofplein Viaduct in Rotterdam which feature small craft businesses and showrooms.

Dr Mahtab Farshchi of London South Bank University spoke about the collaboration between the university and Team London Bridge in examining possibilities of ‘making’, ‘selling’ and ‘educating’, whilst also developing synergies between arts, crafts and technology.

The Underdog Gallery is in one of the Crucifix Lane railway arches with a listed decorative brick entrance. Team London Bridge assistant director Shane Clarke described the gallery as an "amazing venue".