Simon Hughes calls for mentors for the next generation

A Southwark-based scheme to help young people in work has launched a campaign to recruit more mentors. 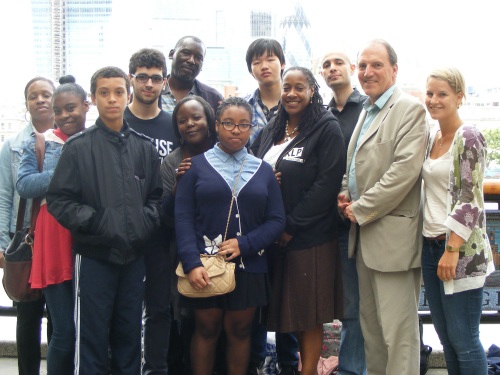 Young people already involved in XL-Mentoring joined Bermondsey & Old Southwark MP Simon Hughes on Hay's Wharf on Tuesday before he made the call for support from those with experience of work.

XL-Mentoring, originally ‘the eXceL Project’, was started by Patrick Regan in Peckham in 1996 after a stabbing in a school playground. The registered charity serves young people in schools and communities across not only in Southwark but now six other inner-London boroughs: Lewisham, Greenwich, Newham, Tower Hamlets, Camden and Islington.

The one to one model mentoring by volunteers is intended to provide vulnerable young people with positive adult role models. The aim is to help with improving life skills, avoiding educational failure and choosing not to become involved with gangs.

The riverside venue was chosen because it is in the heart of the Borough's business district and with a view of the City of London which provides more than 379,000 jobs.

Those interested in being a mentor, which involves attending four evening training sessions to be held near Tower Bridge, can contact [email protected]