Police are appealing for witnesses and information after a cyclist was seriously injured in a collision with a lorry at the junction of Queen Elizabeth Street and Tower Bridge Road on Tuesday night. 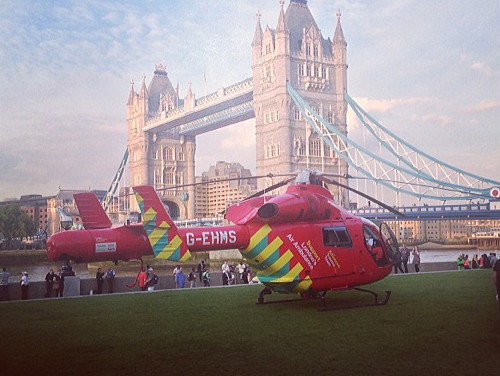 Image by @captainblue used with permission

Police were called to the incident just after 6.20pm on Tuesday.

The air ambulance landed in Potters Fields Park and the cyclist, a man in his mid 20s, was taken to an east London hospital.

His condition is described as serious but stable.

Officers from the Metropolitan Police's road death investigation unit in Catford are investigating the collision and have appealed for witnesses to come forward.

The driver of the lorry stopped at the scene. No-one has been arrested and the investigation continues.

The collision comes just a day after an estimated 5,000 cyclists took part in the Space for Cycling protest ride between the South Bank and Westminster.