A female pedestrian is in a 'serious but stable' condition in hospital after a collision with a car on the New Kent Road on Thursday morning. 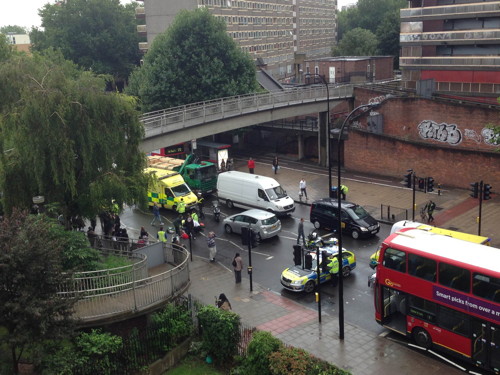 Police were called to the incident at the pedestrian crossing on New Kent Road close to the Falmouth Road junction just before 10am on Thursday.

The collision is believed to have involved a minicab and a female pedestrian.

The victim, a woman in her seventies, was taken to a south London hospital suffering from a suspected spinal injury and an injury to her ankle. Her condition was described by a Scotland Yard spokeswoman as "serious but stable".

The driver was arrested for dangerous driving and remains in custody.

New Kent Road was closed in both directions for around three hours after the collision, leading to considerable disruption to traffic and bus services around Bermondsey and Elephant & Castle.