British Transport Police detectives are appealing for information after a man touched himself inappropriately at Blackfriars Station. 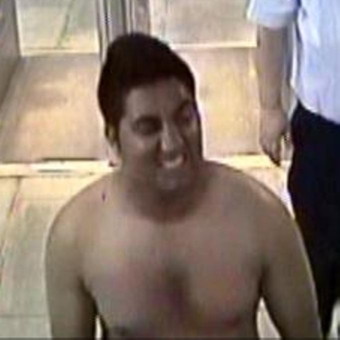 Detectives have released images of a man they would like to speak to in connection with the incident, which took place on Thursday 5 September.

Detective Constable Tony Gittins said: “The man was at the station around 7.15pm, when he began to touch himself inappropriately.

“A member of rail staff approached him and asked him to leave the station.

“As he did so, he continued to touch himself in front of a female passenger.”

DC Gittins added: “We do not tolerate unwanted sexual behaviour of any kind on the transport network and take all reports seriously.

“If you recognise this man, or have any information that could help our investigation, please contact us.”