Body found in Thames at Bankside: police appeal for information

Police are appealing to the public to assist in identifying a man whose body was found floating in the River Thames near Bankside Pier on Monday 26 August. 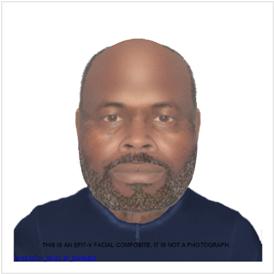 Do you recognise this man?

Officers were called to the pier just after 3pm on the August bank holiday Monday after members of the public saw the body in the water.

Police have released an artist's impression of the deceased man's face in the hope that someone will recognise him as someone they know or have seen.

The deceased man is described as being a black man, giving the appearance of being aged about 40 to 50 years.

He is described as being of large build and balding with dark hair round the sides, a beard and moustache.

The body was fully clothed in a dark blue fleece with beige shirt underneath, two pairs of dark trousers and brown Aboutblu trainers or boots