The National Theatre's temporary Shed auditorium on the South Bank has won the Empty Space...Peter Brook Award for studio theatres. 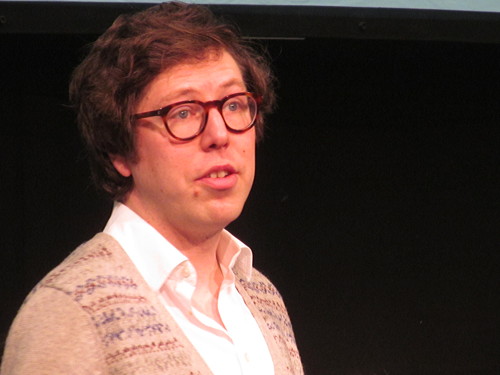 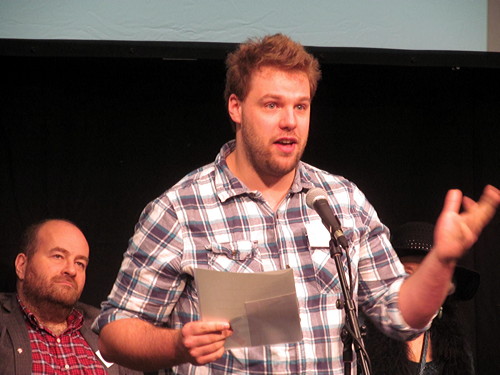 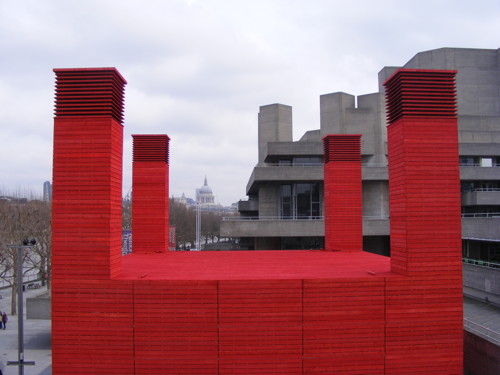 The Shed has been a striking addition to the South Bank

The Empty Space...Peter Brook Awards were held on Tuesday at the National Theatre Studio in The Cut.

The awards, founded by Blanche Marvin, are judged by a panel of Fleet Street critics.

The main prize was won by The Shed which opened earlier this year in Theatre Square on the South Bank to provide a temporary third space for the National Theatre during the refurbishment of the Cottesloe Theatre.

Andrzej Lukowski of Time Out praised The Shed as "quite simply a great use of space".

He described the structure as "a beautifully informal addition to the South Bank" which "feels like so much more than a temporary substitute for the Cottesloe".

The National Theatre has promised to match the £2,000 cash award and use the combined £4,000 sum to allow a small theatre company to perform in The Shed.

In his acceptance speech NT associate director Ben Power paid tribute to the "architectural genius" of Steve Tompkins and his team at Haworth Tompkins who had created the striking temporary building.

One of the five other shortlisted venues for the award was the Union Theatre.

"This is one of the enduring wonders of the London fringe: a tiny, slightly grotty but completely irresistible and flexible theatre space that I consider my favourite local theatre," said Mark Shenton of the Sunday Express and The Stage.

"The National Theatre just up the road has just celebrated its 50th anniversary but the Union, which is 15, is the national theatre of fringe musicals.

Referring to the recent threat to the theatre's future when Network Rail proposed to redevelop the railway arches it occupies, Shenton added: "It would be a crying shame if this major local asset were to lose its right to exist here at a time when the neighbourhood it has been part of for so long is finally on the up.

"Right across the street is a new Gordon Ramsay restaurant, but I know which theatrical feast I'd rather enjoy."

Southwark Playhouse also picked up a cheque for £1,500 as it received the Mark Marvin Rent Subsidy Award which will be used to support a production in The Little, the studio space in its new Newington Causeway venue.

• Earlier this year The Shed was one of the winners of the 'temporary' category at the New London Awards.