Fire at One Tower Bridge building site under investigation

Tower Bridge and Tooley Street were shut to traffic during Thursday evening's rush hour after a fire broke out at the One Tower Bridge construction site. 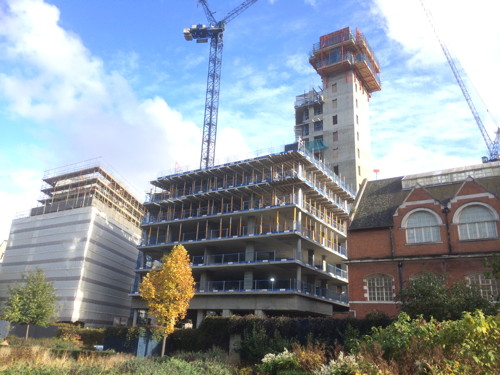 Four fire engines and around 21 firefighters and officers dealt with the fire at Berkeley Homes' One Tower Bridge development.

The London Fire Brigade was called to the scene just before 4pm and the fire was brought under control soon after 6.30pm.

The fire was on the first floor and gas cylinders were involved. Around 400 construction workers were evacuated from the building site.

A hazard zone was put in place as a precaution because cylinders can explode when exposed to heat.

Fire crews from Dockhead, Whitechapel, Dowgate and Southwark fire stations were at the scene.

Southwark Fire Station is due to close in January and Whitechapel will lose one of its two fire engines under cuts forced through by Mayor of London Boris Johnson.