The life and wardrobe of former Waterloo resident and fashion writer Isabella Blow is explored in a lavish exhibition at Somerset House. 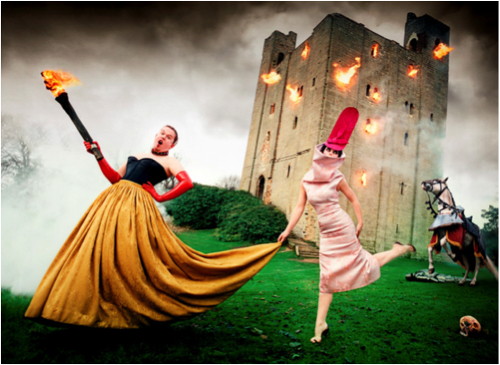 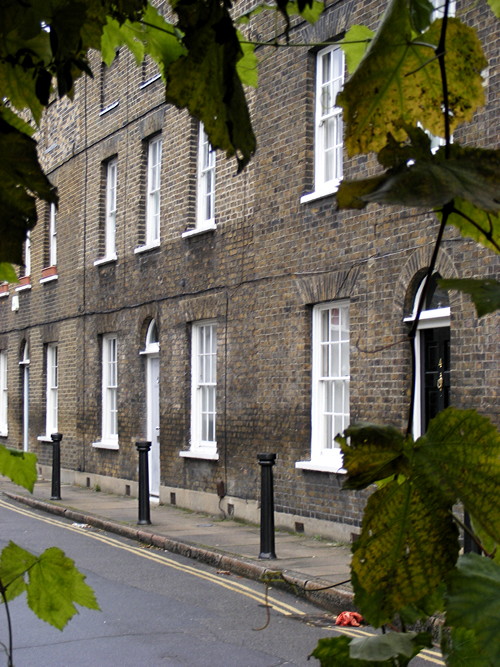 Issie, as she was known, lived at 5 Theed Street for seven years. In 2004 she and her husband Detmar Blow moved to Eaton Square for more space and just three years later she was found dead.

Her Waterloo house with an outside lavatory was cleverly modernised and enlarged like a tardis to accomodate Issie's vast and extraordinary clothes collection. Here Issie dressed in her outfits which outdid those paraded at the fashion shows she was due to attend.

The house conversion, involving a glass extension at the rear, won a RIBA award but Detmar complained that there was never anywhere to sit down in the crowded rooms.

Theed Street is built on the vegetable garden of Somerset House across the river so it is appropriate that the local big house should be the venue for this tribute to Isabella Blow.

But she was used to mansions for, as the exhibition explains, she grew up at the 18th-century Doddington Hall in Cheshire. As a four year old she made news in the Evening Standard for attending her nanny's wedding.

Issie was known as Isabella Delves Broughton before marrying and becoming mistress of Hilles House, an Arts and Crafts mansion in Gloucestershire built by her husband's architect grandfather. He was discovered by John Ruskin and in 1896 led William Morris's funeral cart.

Her country weekend parties at Hilles were legendary. The visitors' book on show has on one page the signatures of Philip Treacy, Jasmine Guinness, Plum Sykes and Alexander McQueen.

But the big attraction is her wardrobe of 100 outfits including unique hats. Some of the clothes are shown in a recreation of the circular saloon at Doddington Hall where she had long hoped to live and entertain.

Issie once worked for Anna Wintour and later discovered models such as Sophie Dahl but now it is Issie herself who is the star. At the exhibition exit you can buy Isabella Blow badges, pocket mirrors, notepads and even roses.

Tatty Devine has issued a limited edition pink lobster necklace "in honour of her unique style".