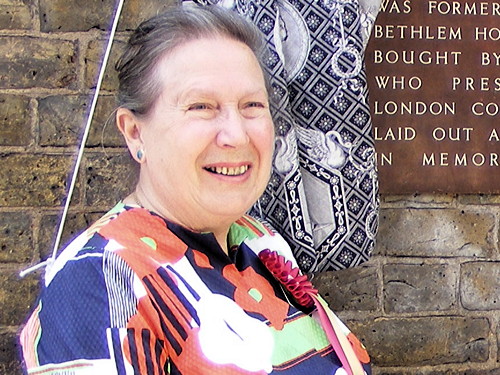 A Kennington Road resident, she was involved in a range of local organisations including the Kennington, Oval and Vauxhall Forum, the Friends of Vauxhall Pleasure Gardens and the Friends of Lambeth High Street Recreation Ground.

As chair of the Friends of Geraldine Mary Harmsworth Park she masterminded the 75th anniversary celebrations held in the park in 2009, and more recently campaigned against cuts to Southwark's park ranger service.

Mrs Johnston stepped down from many of her public commitments when she was diagnosed with cancer last year.

"Alas her impeccable good manners and sharp wit will be gone now, but her legacy is firmly in place and maybe in the spring when we pass those fantastic daffodils in Geraldine Mary Harmsworth Park we can give a thought to Maureen and all those years she dedicated to our community," said Eamonn McMahon, chairman of the Friends of Vauxhall Pleasure Gardens.

"She was a fantastic force for good in Kennington and will be deeply missed," tweeted Cllr Mark Harrison, Lambeth councillor for Princes ward.

Writing on the website of the Vauxhall Society, chairman Ross Davies added: "Maureen got things done, but with good humour and a twinkle in her eye."

Maureen Johnston received the MBE in the Queen's Birthday Honours 1995 for services to the Members' Trust of the Institute of Materials.