Prayers have been said on London Bridge for people upstream suffering from the severe Thames flooding. 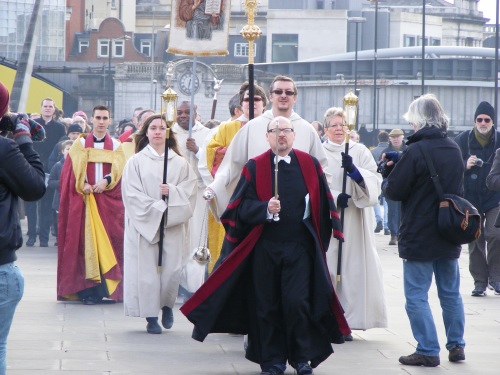 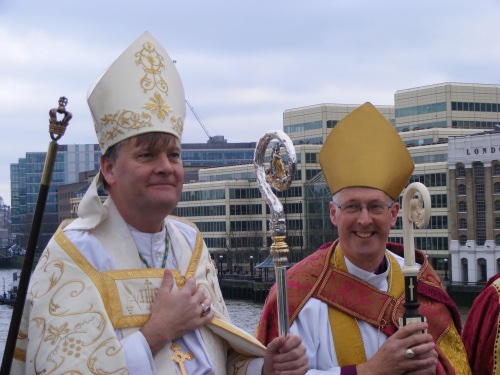 Bishop of Fulham and Bishop of Southwark 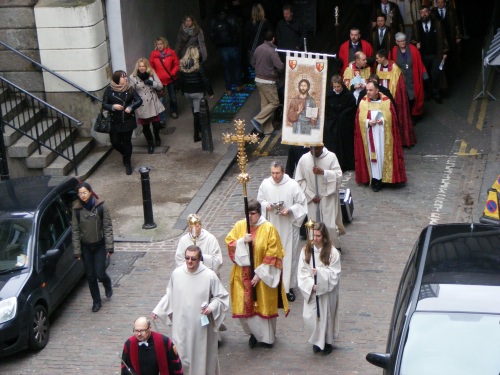 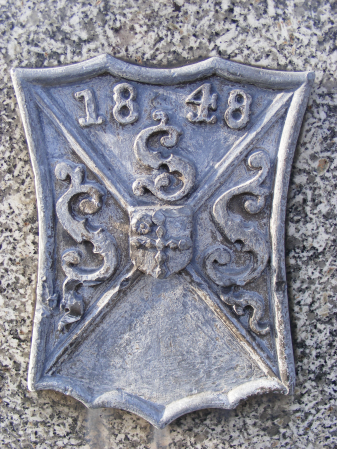 The flood victims of Berkshire, Buckinghamshire, Surrey and Oxfordshire were remembered on Sunday during the annual Blessing of the River Thames which takes place on the Feast of the Baptism of Christ.

The clergy and congregations of Southwark Cathedral and the City church of St Magnus the Martyr, whose parish boundaries meet on London Bridge, walked in procession from each bank to meet on the boundary in the centre of the bridge for a short service.

The day recalls the baptism of Christ by John the Baptist in the River Jordan.

The London Bridge tradition follows the Orthodox custom of hurling a cross into water as a symbol of Christ's baptism which is celebrated on the Sunday after Twelfth Night.

The prayers were led by Fr Philip Warner of St Magnus Church who included the petition for "those who at this time are affected by flooding and all whose homes and livelihoods have been spoiled".

Prayers were also said for the emergency services and those elsewhere without water.

For the first time two bishops were present. The Bishop of Southwark, the Rt Revd Christopher Chessun, arrived with the cathedral party having presided at the main Eucharist.

The Bishop of Fulham, the Rt Revd Jonathan Baker who is based at St Dunstan-in-the-West in the City of London, accompanied the St Magnus procession.