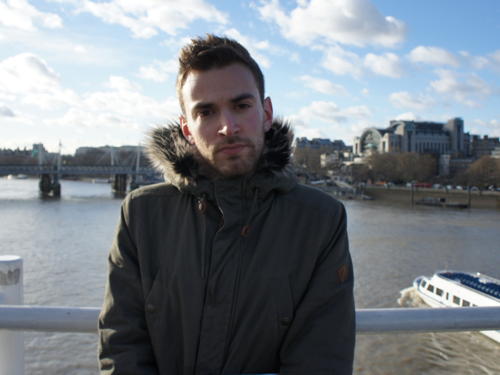 On Monday 14 January 2008 Jonny Benjamin was on the verge of taking his own life after being diagnosed with schizoaffective disorder.

The then 20-year-old climbed onto a ledge and was about to jump from Waterloo Bridge when he was approached by a passer-by who changed his life.

The man managed to persuade Jonny to climb back over the railings, where police were waiting to take him back to safety.

Jonny didn't get the chance to find out who the man was and doesn't even know his name, though his campaign to track down the man has been given the title #findmike.

Since then, Jonny has learnt to manage his illness and is now a successful video blogger, sharing his story of hope and recovery with hundreds of thousands of people across the world.

Jonny is also an ambassador for the charity Rethink Mental Illness – based on Albert Embankment – which is helping him launch his public appeal.

He is also making a documentary film about his search, which he hopes will inspire other people who are struggling with mental health problems.

Jonny said: "The empathy, belief and determination that passer-by showed me, gave me hope.

"I can't remember much about how he looked but he seemed to be a few years older than me and was on his way to work.

"He looked like someone who was leading a normal life, which was something I really wanted at that point. He told me he'd felt the same way as me in the past, but had got better.

"His act of kindness changed my outlook on life and I have thought about him ever since. I want to find this man so I can thank him for what he did. If it wasn't for him, I probably wouldn't be here today."

Paul Jenkins, CEO of the charity Rethink Mental Illness, said: "We are so proud to have Jonny as an ambassador. He's an inspirational person who has done so much to reach out to others, and let them know that it can get better and that you can recover from mental illness. We will be doing everything we can to support him in his search."

If you have any information which may help Jonny, or would like to help spread the word about his search, visit www.Rethink.org