A property developer and a local charity are working on radical plans to demolish and rebuild an entire block on the eastern side of Blackfriars Road. 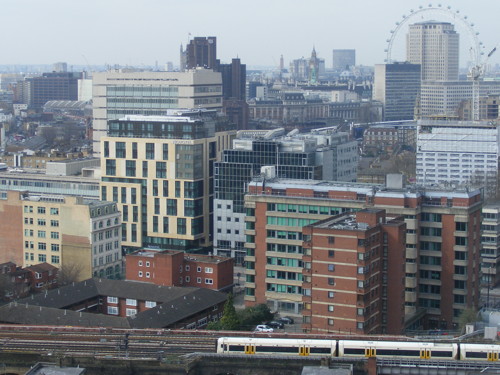 Details of the proposals are revealed in a submission made in response to Southwark Council's recent consultation on the draft Blackfriars Road supplementary planning document (SPD).

The letter from CBRE Lionbrook and the Southwark Charities sets out plans to demolish every building on the plot bounded by Blackfriars Road in the west, Burrell Street in the north, Chancel Street in the east and Nicholson Street in the south.

The buildings include the office block at 230 Blackfriars Road (formerly Conoco House), the homes at Quadrant House, the Prince William Henry pub and the almshouses at Edward Edwards House.

"The key stakeholders are in a position to bring forward the whole site for redevelopment enabling a comprehensive scheme to be developed," says the letter from the two landowners which was made public on the council website this week.

"It is envisaged that the site will be brought forward for an office-led mixed use development which will make best use of the opportunities afforded by the site and include a greater amount of floorspace.

"It is likely that the scheme will include residential uses to replace existing units, and will include a replacement public house.

"There could also be a supermarket to provide enhanced shopping facilities in this part of the borough."

The letter also notes that replacement almshouses could be built on "another site(s) in Southwark" and that "the existing almshouse is no longer fit for purpose; the lift is inadequate and the building is not compliant with Disability Discrimination Act 1995 requirements".

The almshouses were first built in the mid 18th century using a bequest by Edward Edwards, a parishioner of Christ Church Southwark, who left instructions to "provide shelter for 24 poor women of good character, each of them to receive 40 shillings a year and a gown of a purple colour every two years".

The current building was opened by Princess Anne in 1973.

According to the landowners, "none of the existing buildings can be considered to positively contribute to the character and appearance of the area because they lack coherence and are not of architectural merit".

CBRE Lionbrook also suggests that the development could be as tall as the 20-storey building currently nearing completion at 240 Blackfriars Road.