A graffiti vandal who was identified after tagging Waterloo & City line tube trains at Waterloo depot has been jailed for 16 months. 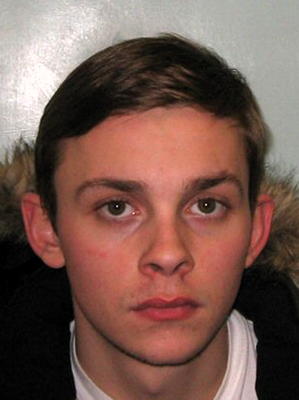 21-year-old Daniel Cusack from Abbey Wood was sentenced at Blackfriars Crown Court on Tuesday after pleading guilty at an earlier hearing to six charges of causing criminal damage by means of graffiti to 19 trains, two trackside walls and one house.

Cusack was responsible for targeting trains and buildings across London and the Home Counties, primarily using the tag 'KWOTE', the court heard.

The cost of cleaning up the damage caused at 25 separate incidents has been estimated at Ł97,033.86.

Cusack was sentenced for offences between 2009 and 2011 at locations including Waterloo, Plumstead, Slade Green, Woolwich, St Johns in Lewisham, Balham and Dartford.

The court was told evidence of Cusack's offending first came to light when officers seized the property of another graffiti vandal for a separate incident and found irrefutable evidence relating to Cusack vandalising a tube carriage at Waterloo London Underground depot.

Officers specialising in the investigation of graffiti offences were soon able to determine sole authorship of the tag used by Cusack due to his distinctive style of writing.

Police searched Cusack's home on 17 July 2012 and he was arrested the following day after voluntarily attending a London police station.

During the course of the investigation, officers also seized a mobile phone belonging to Cusack which contained a text message from a friend referring to him by his tag name.

During a series of subsequent police interviews, Cusack offered 'no comment' answers to all questions.

Detective Sergeant Paddy Kerr said: "I welcome today's sentence for Daniel Cusack, who has been a prolific graffiti vandal for the past five years.

"Throughout the course of his offending his only concern was to enhance his reputation by vandalising other people's property, hitherto showing no remorse and no regard for the law.

"Vandals cause an enormous amount of disruption and inconvenience to train passengers as the damage they commit means trains have to be taken out of service so that they can be repaired and made safe. We will always seek to prosecute people committing crimes of this nature.

"Graffiti vandals put themselves in harm's way by going on or near the rail system when trains could be coming or tracks could be electrified. It is simply not worth the risk."