The Prince of Wales has been served with an enforcement notice by Lambeth Council in a dispute over the occupation of a disused office block by live-in guardians. 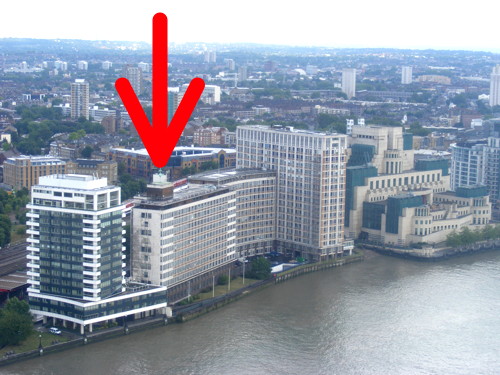 Tintagel House is indicated by the red arrow 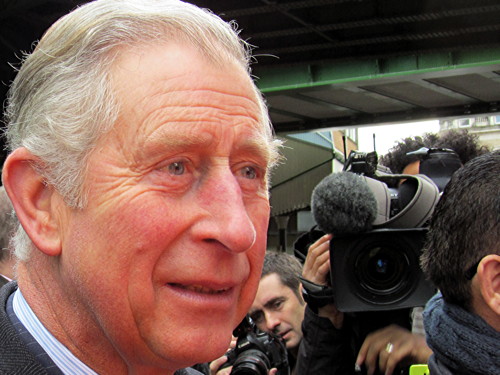 Prince Charles has received an enforcement notice from Lambeth Council

For half a century until 2011 Tintagel House on Albert Embankment was occupied by the Metropolitan Police.

The office block close to Vauxhall Bridge stands on land owned by the Duchy of Cornwall which is held on a 140-year lease by property firm Galaprice.

For more than a year the disused offices have been occupied by live-in property guardians.

Now Lambeth Council has served an enforcement notice on all parties with an interest in the property.

The list of recipients of the legal notice is headed by 'His Royal Highness Charles Philip Arthur George' as Duke of Cornwall.

The council complains that the building has been converted to residential use without planning permission, and has given the owners and occupiers of the block nine months to get out.

The enforcement notice – issued last Monday – will take effect on 24 March unless an appeal is lodged.

Lambeth planners argue that the building has been turned into 11 self-contained flats without any consideration of affordable housing, transport and other policies.

Last year communities secretary Eric Pickles removed the requirement for planning permission for office-to-residential conversions but Tintagel House falls within one of the areas exempted from this national policy.

The use of live-in guardians on short-term licences to look after vacant buildings has become commonplace in recent years.

Companies which offer guardian services to landlords typically claim that no planning permission is required, citing an opinion provided by the then Office of the Deputy Prime Minister in 2005.

Albert Embankment is currently the focus of a property boom with both new and established developments commanding high prices.

A three bedroom flat in the adjacent Peninsula Heights block is currently on the market for Ł4 million whilst at the under-construction Merano Residences block a home is now being advertised for Ł5 million.