Five major road junctions in SE1 are on a list of 33 intersections across the capital to share £300 million for cycling and pedestrian safety improvements announced by the Mayor of London. 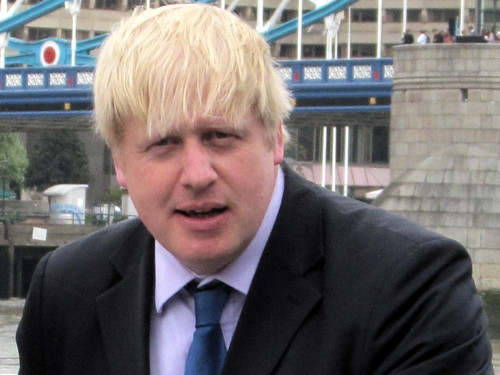 The new programme announced by Boris Johnson on Wednesday commits in the region of Ł300 million to 33 major junctions – an average of Ł9 million per junction. This pot of money includes funding from Transport for London, developers and other third parties.

Just beyond SE1, TfL also promises interim work to improve the Vauxhall gyratory for cyclists pending a larger-scale reconfiguration of traffic in that area.

City Hall says that detailed designs for the first schemes will be published next month and work will begin in the second half of this year.

"These road junctions are relics of the Sixties which blight and menace whole neighbourhoods," said Boris Johnson, Mayor of London

"Like so much from that era, they're also atrociously designed and wasteful of space.

"Because of that, we can turn these junctions into more civilised places for cyclists and pedestrians, while at the same time maintaining their traffic function."

The slimmed-down list of 33 junctions to be improvement follows a review of 100 intersections carried out in 2012.

Leon Daniels, managing director of surface tansport at TfL, said: "For over a year our designers and engineers have been working flat out to develop new junction designs for these 33 locations to completely change how they operate, transforming their areas for cyclists, pedestrians and the wider local community.

"They are some of the busiest traffic intersections in Europe, so this work has been complicated. But we are now fully committed to delivering these junction improvements as quickly as possible, making London safer and more inviting for all."

"The council has had a long-term ambition to transform Elephant and Castle's northern roundabout and has been working with TfL and the GLA for some years to make this a reality – the southern roundabout has already seen the unpopular subways filled in and a new road layout put in place.

"Cycle and pedestrian safety is a hugely important issue for Southwark and improving the transport network around Elephant has been central to the Ł3 billion regeneration plans for the area which will also see new homes, better shopping, a brand new leisure centre and park space.

"We're pleased to be working with the GLA and TfL on the next steps, and we are of course delighted with the investment."