A new tree has been planted on the Albert Embankment at Vauxhall to advertise Lambeth's opposition to homophobia. 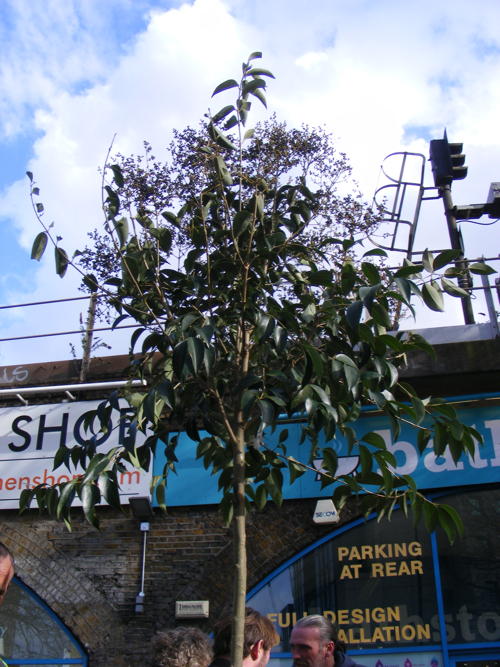 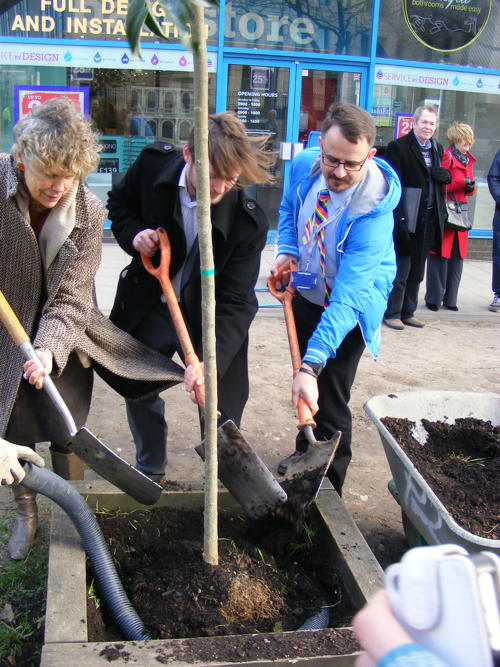 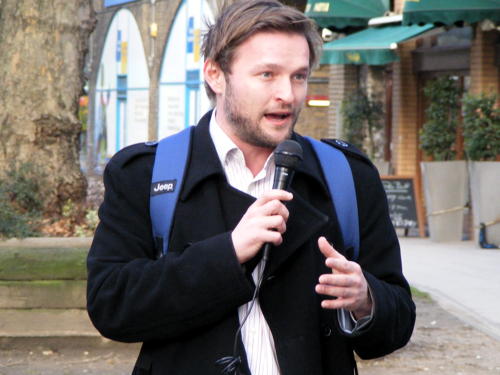 IDAHO is on 17 May but the replacement tree was planted in February to coincide with LGBT History Month and as an act of solidarity with Russian lesbian, gay, bisexual, and transgender people during the Winter Olympics in Sochi, as well as those suffering persecution in Nigeria and Uganda.

Vauxhall MP Kate Hoey MP, who planted the original tree, said: "We want to live in a community where we can all be free from fear.

"I am particularly sad that this is happening in a week when a major Commonwealth country Uganda has just passed a law which is actually making homosexuality illegal.

"We cannot go on giving aid to countries where hate crime is so appalling."

Cllr Jack Hopkins, Lambeth's cabinet member for safer and stronger communities, said that governments around the world were legislating against gay people.

"We should not take what we have here for granted."

He called for the community to challenge homophobia and for young people to be educated about the problem.

Among those named at the ceremony was David Morley who died ten years ago after a series of homophobic attacks on the South Bank.

Also present were representatives of Vauxhall One BID and Vauxhall Gay Business Forum.

Mark Healey said that almost 100 homophobic incidents had been reported to local police already this year – but the figure was only the "tip of the problem".