With Boris Johnson closing police stations around London, locals could have been forgiven for being confused by the opening of 'Bermondsey Lane Police Station' in Trinity Street on Monday. 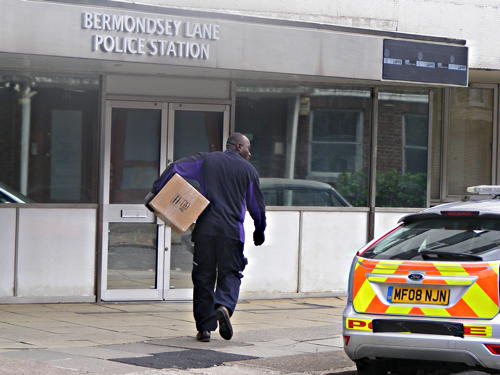 The signage was part of the set for a The Interceptor, a new BBC television drama by Tony Saint about a top secret surveillance team tasked with tracking down some of Britain's most dangerous criminals.

The TV crew had taken over Britannia House at the corner of Trinity Street and Swan Street to film exterior scenes for the eight-part series.

The Interceptor will be broadcast on BBC One this autumn.