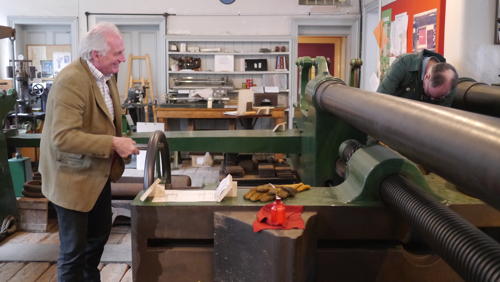 The Kirkaldy Testing Museum preserves a unique Victorian materials testing machine in working order in the premises built to house it.

It tells the story of the Kirkaldy family who ran the business for almost 100 years and the wider history of materials testing.

After three decades of operation the museum faces an uncertain future with the expiry of its lease.

Its website warns that it may have to close in June if new long-term arrangements cannot be agreed with the building's owners.

Local people and organisations have rallied round to help put the museum on a sustainable footing.

Last autumn the museum took part in the MERGE Festival which brought this unusual space to wider attention.

The next public opening is on Sunday 6 April between 10am and 4pm.