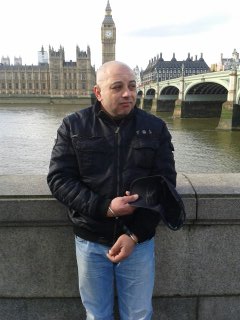 41-year-old Fanica Alexa, a Romanian national living in Brent Cross, is now banned from the area around Westminster Bridge, banned from taking part in any illegal gaming and also banned from carrying the tools of his trade, including cups and a ball.

"Alexa was operating on Westminster Bridge, with others in his team enticing members of the public to gamble on the outcome of the game," said Cllr Jack Hopkins, Lambeth Council's cabinet member for safer and stronger communities.

"But the way he worked meant those who paid to take part stood no chance of winning.

"Westminster Bridge is an iconic location in the heart of London.

"The last thing we want there, or anywhere else in our borough, is conmen fleecing people out of their hard earned cash, and ruining visitors' experiences when coming to Lambeth."

Alexa has had six convictions for the offence between 2011 and 2013. They were all for the same offence at the same location.

The ASBO was issued on 1 April at Camberwell Green Magistrates' Court by District Judge Green.