James Braidwood, 'the father of firefighting' who died in the 1861 Great Tooley Street Fire, has been remembered at Brigade bar and bistro in Tooley Street's Fire Station building. 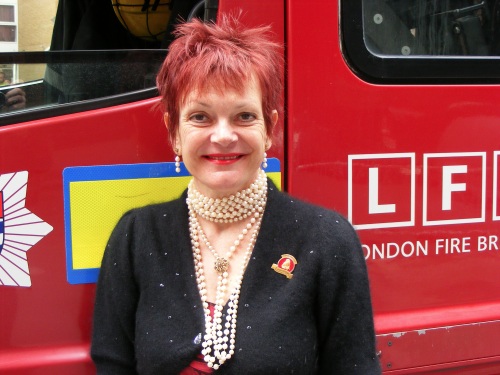 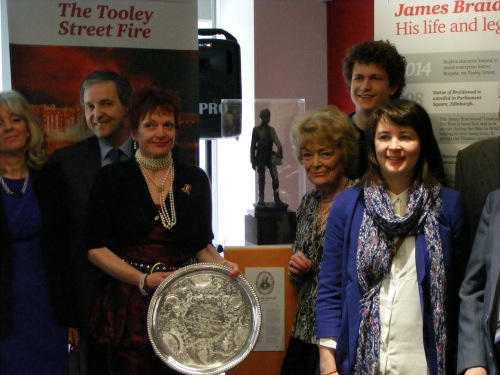 Members of the Braidwood Family with the statuette. Diana Hamilton-Jones is holding the wedding present given to her ancestor by colleagues in 1838 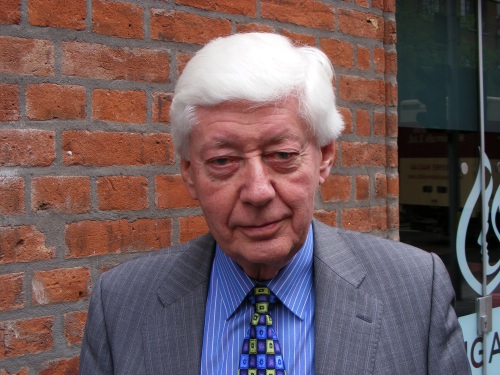 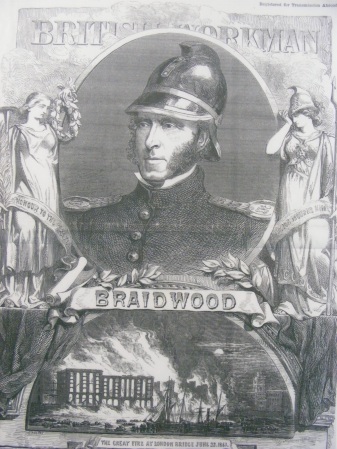 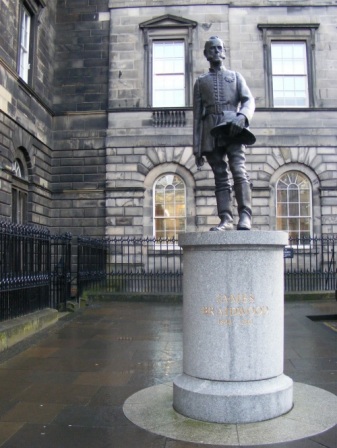 A statuette was unveiled on Friday morning by the Mayor of Southwark Cllr Abdul Mohamed and Braidwood's great, great, great grand-daughter Diana Hamilton-Jones. The work is a small replica of the statue by Kenneth Mackay which has been in Edinburgh's Parliament Square since 2008.

James Braidwood was born in the Scottish capital where he founded the first public fire service and became Master of Fire Engines in 1824. His statue can be found next to St Giles Cathedral and alongside the historic Mercat Cross.

In 1833 he became the first superintendent of the London Fire Engine Establishment and continued studying fire fighting and using science to find new solutions to tackling blazes.

In 1861 the pioneer firefighter died whilst attending the fire which started on Cotton's Wharf and, after burning for two weeks, became known as the Great Tooley Street FIre.

"We felt it was very important that James Braidwood was commemorated properly in London close to the spot where he died," Diana Hamilton-Jones told the London SE1 website.

"It's important for the family that the name James Braidwood gets added to the public domain so people know that when they call 999 the reason they get the organised response is because of him."

The bronze replica has been commissioned by Diana Hamilton-Jones and placed on permanent loan to the PwC Foundation which distributes the profits of the Brigade social enterprise.

The Tooley Street fire station, now Brigade where the statue is to be displayed in the entrance, was built in 1879 and remained in service until 1928.

Guests were welcomed by Brigade's chef founder Simon Boyle who spoke about the restaurant's apprenticeship scheme. Among those present was Brian Henham, author of True Hero: The Life and Times of James Braidwood, Father of the British Fire Service.

The souvenir programme was dedicated to the memory of Dr Frank Rushbrook, former Lothian and Borders Firemaster, who commissioned the original seven foot bronze in Edinburgh and died this year aged 99.

There is a Braidwood memorial high up on the corner of Cottons Lane. Braidwood Street can be found next to Tooley Street's Tesco.