Cycling safety campaigners will next week use chalk to draw onto the road the cycle lanes they say are missing from the Elephant & Castle. 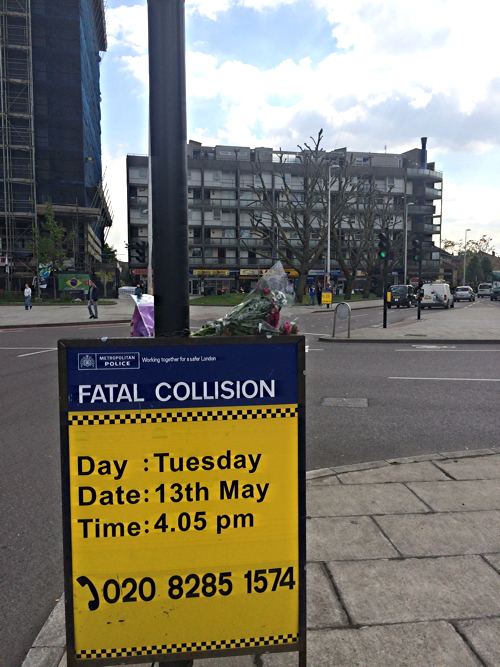 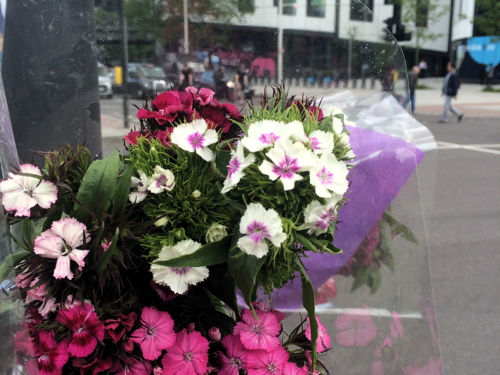 The protest, which is due to take place at 5.30pm on Wednesday 21 May, follows this week's fatal collision at the Elephant & Castle's southern junction.

Flowers have been laid at the site of the collision but the victim, a 49-year-old man, has not yet been named.

The event has been organised by the Stop Killing Cyclists campaign which was responsible for last November's 'die-in' outside Transport for London's offices at Palestra in Blackfriars Road.

"The carnage from trucks horrendously killing cyclists at left-hand-turns has got to stop," said Stop Killing Cyclists co-founder Donnachadh McCarthy.

"Southwark, TfL and the other London boroughs need to urgently install safe protected turns at junctions across London urgently, where there is sufficient space for pedestrians and cyclists."

"Stop Killing Cyclists are so frustrated at the lack of action, that we will ourselves on Wednesday draw in green and white chalk the route of a protected junction cycle by-pass that Southwark and TfL lethally left out of the recent multi-million refurbishment of the southern Elephant junction.

"Alongside the chalked cycle-lane, we will also stage a 'die-in' to represent the hundreds of London pedestrians and cyclists being killed unnecessarily on our city's roads. We welcome all road users to the protest."