The Dog and Pot sign opposite Southwark Station in Blackfriars Road is featured in a new exhibition at the Charles Dickens Museum. 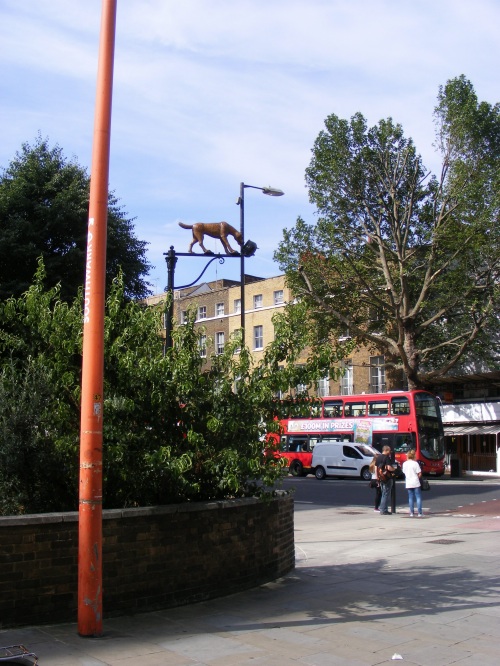 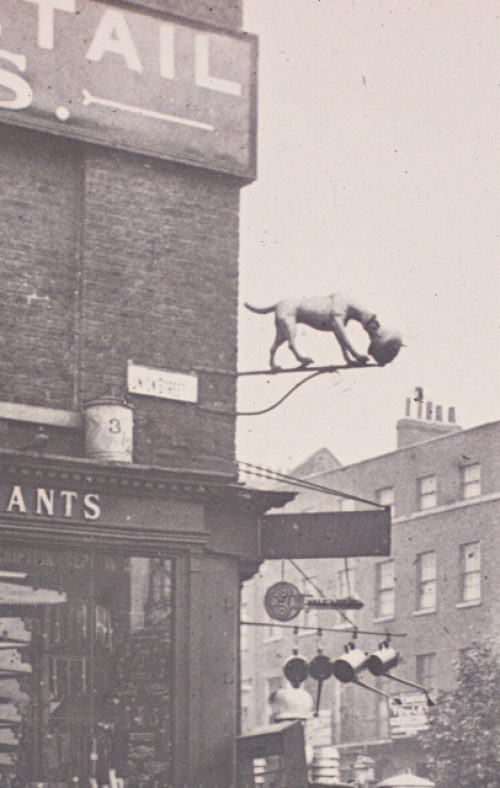 The original Dog and Pot in Blackfriars Road 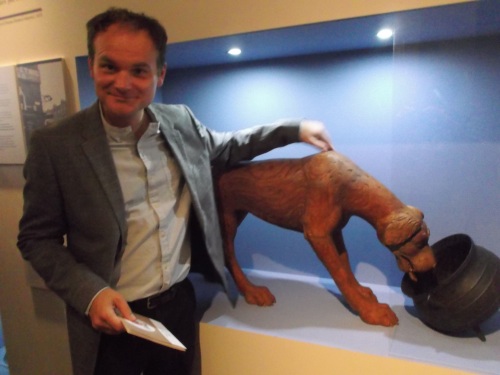 Jason Brooks at the exhibition

A small exhibition called A City Observed explores the impact that three shop signs had on the writings of Charles Dickens and his representation of Victorian London.

The dog and pot sign was over an ironmonger's shop on the corner of Blackfriars Road and Union Street for about 160 years. Dickens recalled seeing it daily on his way between his Lant Street lodging and work.

The museum claims that the dog may have been made about 1720 and placed on the newly built corner shop in 1780.

This original dog is held by the Cuming Museum which is closed following last year's fire at Walworth Town Hall but the very first pot has been lent to the exhibition.

The new wooden dog erected on the shop site in 2013 was specially carved from elm wood by Mike Painter. The dog in the exhibition is a replica also made last year by the same craftsman but the pot is the original dating from about 1720.

The sign is described as a visual pun since iron bars for supporting logs and pots were known as 'fire dogs'.

The sign was first displayed by Antony Walker who called himself a 'Furnishing ironmonger, brazier and hardwareman'. In the 19th century, as Haywards and JW Cunningham & Co, the expanded corner business produced iron coal hole covers featuring the dog and pot. The foundry was nearby on the south side of Union Street between Great Suffolk Street and Risborough Street.

On show is a rare dog and pot coal hole cover which was until recently in Colombo Street. There is also a replica available to enable visitors to take rubbings using paper and crayons.

The wooden dog, which would normally be out of reach, can be touched and stroked during the exhibition.

The other two street trade signs are the Little Wooden Midshipman and the Goldbeater's Arm. The midshipman was placed daily outside an optical instrument maker in The City. The golden arm holding a hammer was outside a house in Soho where a character in A Tale of Two Cities lived.

Interim museum director Louise West says that the exhibition is the result of a suggestion by artist and SE1 resident Jason Brooks who had the idea of bringing the dog and pot sign back to Blackfriars Road. She describes the exhibits as "three big impact objects which arrest you".