A couple have been sentenced to a total of 15 years in prison after they committed a string of artifice burglaries and targeted elderly people across Southwark, Lewisham and Islington. 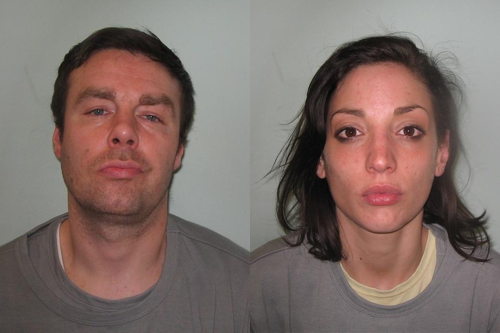 The duo committed a total of 26 offences between 27 November 2013 and 19 February 2014: three in Lewisham, four in Islington, one in Haringey and 18 offences in Southwark – including incidents in Borough and South Bermondsey.

They were both arrested in Tennis Street on Friday 19 February.

The couple had gained entry to the home of a 73-year-old woman after telling her that there was a leak in the building, but were confronted by a neighbour who told them to leave.

They were charged with conspiracy to commit a burglary dwelling with intent to steal.

Guardascione kept the victims occupied by chatting away whilst Rodmell scoured the properties in search for money, jewellery, bank cards and valuables.

Guardascione and Rodmell targeted an 83-year-old in Peckham Rye, telling her that her water was contaminated because of building work in the area. Whilst Rodmell searched for money and bank cards, Guardascione kept the victim distracted. They stole Ł300.

At the home of 100-year-old woman in Southwark they pretended to be from the water company and stole her bag and money for a total of Ł190.

However, the duo were not always successful. Many victims were quick to either call the police or shut the door. One 86-year-old woman in Honor Oak Park questioned their identity, after they claimed to be police officers. They left empty-handed.

Detective Sergeant Lucy Carberry from Southwark CID said: "This was a complex investigation which has concluded successfully. The suspects deliberately targeted elderly residents and I hope today's sentences will bring our victims and their families some peace of mind."