Two men who impersonated police officers on the streets of Southwark to steal money from tourists visiting the capital have been jailed for two years and four months. 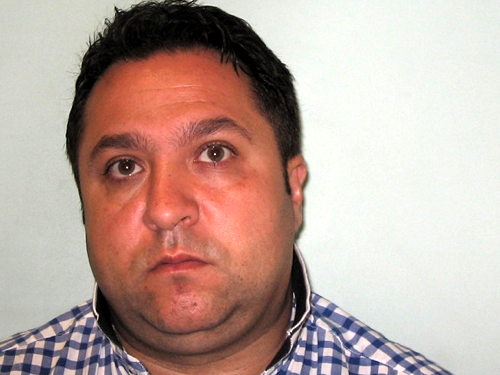 50-year-old Gabriel Pana, and 38-year-old Alexandru Tudor, both Romanian of no fixed abode, were sentenced at Woolwich Crown Court on Friday 10 October after pleading guilty to conspiracy to steal.

The duo worked together across London, impersonating police officers on four occasions, presenting fake identification to unsuspecting members of the public before requesting they hand over their wallets or purses, which they claimed they needed to search.

The pair then took money or credit cards from their victims.

In one incident where the victim did not have any cash, Pana stole a credit card and managed to persuade the victim to provide her PIN number.

CCTV showed Pana and a second suspect leaving the scene and immediately using a cash point nearby.

The thefts took place between 27 November 2013 and 7 July 2014 in Southwark, Kensington and Chelsea and Camden.

A week later they stole 200 euros from a 32-year-old woman on Cathedral Street.

"This is the second conviction the Roads and Transport Policing Command have secured as part of this investigation and demonstrates our commitment to tackling this type of crime," said Acting Superintendent Andrew Johnstone.

He added: "Whilst the chance of this type of offence happening to you is small, I would urge people to remain vigilant. If someone in plain clothes approaches you and says they are a police officer without offering a warrant card, ask them for it.

"If they are genuine they will be very happy to show you it and to let you inspect it. If you in any way doubt of the identity of an officer call 999 and ask a uniformed officer to attend. Never provide anyone with your PIN number, genuine officers would never ask for this information."

Both Tudor and Pana were identified from CCTV obtained by officers. Tudor was arrested at Luton Airport on 5 August and charged with conspiracy to steal and appeared at Camberwell Magistrates' Court on 6 August.

Pana was arrested on 14 August at Heathrow Airport and charged with conspiracy to steal and remanded to appear at Camberwell Green Magistrates' Court on 15 August. Both were remanded in custody to appear at Woolwich Crown Court on 20 August.