One of the last remaining derelict warehouses in North Southwark has been added to the annual 'Heritage at Risk' register published by English Heritage. 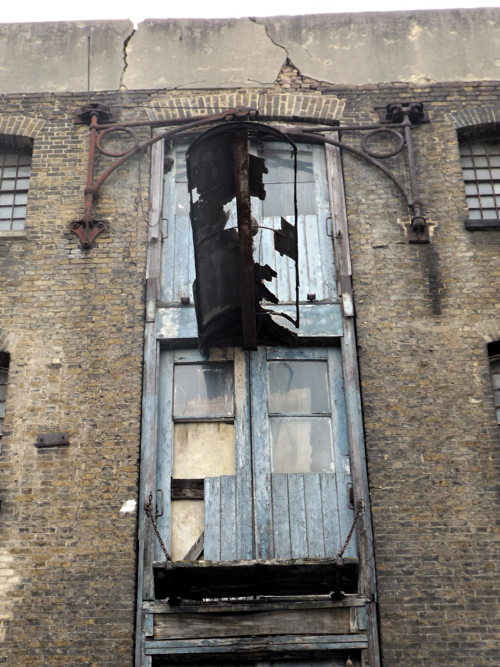 The building at 55 Great Suffolk Street is described on the register as being in a "poor condition".

The warehouse is a grade II listed building and dates from the 1850s or 1860s. It has has many occupants over the decades, including Spicer Bros paper merchants in the late 19th century.

More recently the building – which is at the corner of Loman Street – was occupied by squatters.

It was granted listed status in 2009 on the grounds that it is "a notably unaltered warehouse of the mid 19th century complete with original windows, doors, loading bays, hoists and interior features" and a "fairly rare survival relative to the great numbers of such warehouses which would have stood in Victorian Southwark".

Another new entrant to the Heritage at Risk register this year is 5 Stoney Street, the building which houses Applebee's Fish Restaurant opposite Borough Market.

English Heritage notes that "unauthorised works have been carried out" to the former potato warehouse which dates from the early 17th century.