Detectives investigating the murder of a teenager in Pilgrimage Street have arrested a man. 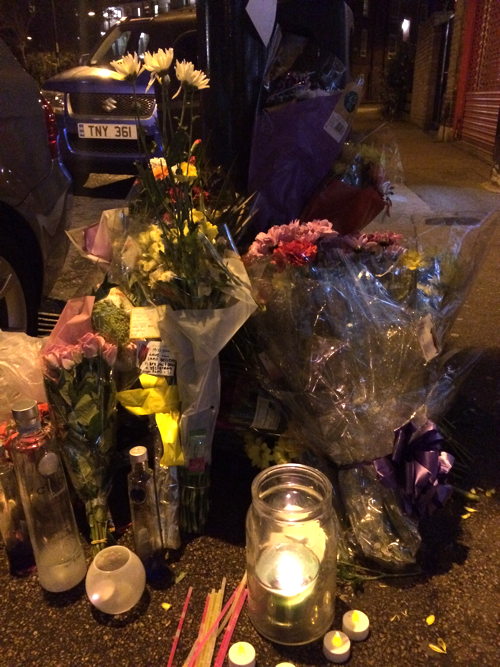 Flowers and candles in Pilgrimage Street

A 20-year-old man was arrested on suspicion of murder on Monday morning and remains in custody at an south London police station.

The arrest follows the death of an 18-year-old man outside a convenience store in Pilgrimage Street on Friday afternoon.

Flowers and candles have been placed at the scene of the man's death outside the Quality Food Store.

Police have not yet named the murder victim.

An 18-year-old from Southwark was arrested by detectives on Saturday on suspicion on perverting the course of justice. He was subsequently bailed to return pending further enquiries to a date in mid-January 2015.