A "calculated and ruthless" armed robber who targeted small businesses in central and south London has been jailed for 14 years. 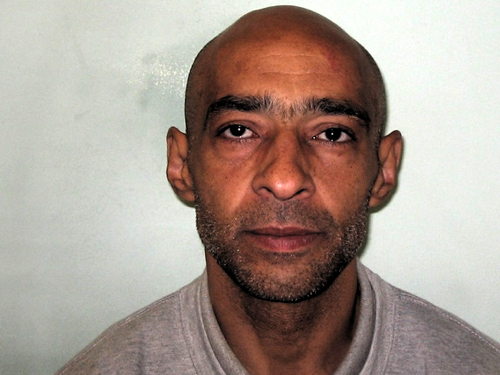 50-year-old Michael Ebanks – who lived in David Barker House, a Salvation Army hostel in Blackfriars Road – was jailed for 14 years for robberies and attempted robberies and seven years for possession of a bladed article. Both sentences will run concurrently.

When he is released Ebanks will also be subject to an extended four year licence order.

The court heard Ebanks was already on licence for robbery when he robbed and attempted to rob 12 different businesses between 16 April and 28 June.

On seven of these occasions Ebanks was armed with a large knife which he used to frighten and threaten his victims.

A children's toy shop, wine outlet and a hosiery and sock store were just some of the businesses targeted by Ebanks who carefully planned each robbery to ensure the victims – generally lone women working behind the counter of a small store – were away from any panic alarm buttons during the course of the robbery.

Ebanks would typically produce his knife and hand over a bag, calmly asking the staff member to fill it up with cash before leaving.

On one occasion, he even thanked a cashier saying "merci" before calmly leaving the premises in a hoodie and a T-shirt pulled up to his face in an effort to conceal his identity from CCTV cameras.

Flying Squad detectives connected Ebanks to the robberies through fingerprints and other forensic information he left behind at the scenes.

Detectives arrested Ebanks on 28 June as he left a wine shop in East Dulwich armed with a large knife and cash he had just stolen.

He pleaded guilty at the Inner London Crown Court on 29 October due to the overwhelming evidence against him.

Detective Constable Jolanta Markowska from the flying squad said: "Michael Ebanks is a violent criminal. His planning was calculated and ruthless, rendering lone workers powerless when he confronted them with a knife.

"The Met's Flying Squad will relentlessly pursue villains like Ebanks and bring them to justice."