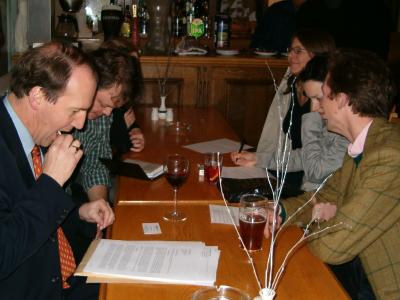 Opening the meeting at the Blue Eyed Maid, Simon Hughes recalled that he officially opened the Mandela Way sorting office a decade ago. He has promised to make a return visit with the list of complaints which he is also making available to the Post Office Chairman.

Many of those present reported cheques, credit cards and books going astray. One person brought along a letter which had just arrived having been posted three months ago.

A number of the SE1 residents confirmed that they were now using addresses of relatives or offices outside the area for important letters. In one case this involves a six mile round trip for collection.

Also present was a television researcher working on a programme about lost mail.

The MP is calling another meeting at the end of February when the Post Office will be invited to respond to complaints and the results of an eight day monitoring exercise.