12 people were evacuated when a fire broke out at Townsend House in Strathnairn Street, Bermondsey, on Sunday afternoon. 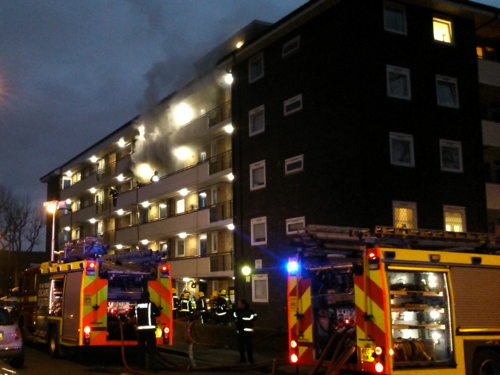 Ten people left the flat before the arrival of the fire brigade and were suffering from smoke inhalation.

A man and a woman also left two neighbouring flats before the arrival of the Brigade and were treated by the London Ambulance Service for smoke inhalation.

Half of the four-room flat on the third floor was damaged by fire.

The fire is believed to have been caused by clothes being left too close to a halogen heater.

"Shockingly, over two thirds of fatal fires involving heaters are caused by clothing or furniture being too close," said a London Fire Brigade spokesperson.

"People need to make sure their portable heaters are standing upright and kept well away from clothes, curtains or furniture.

"Portable heaters should never be used to dry clothes or placed too close to bedding."