The top of the Shard will be the focus of a nightly light show each day until New Year's Eve between 5pm and midnight. 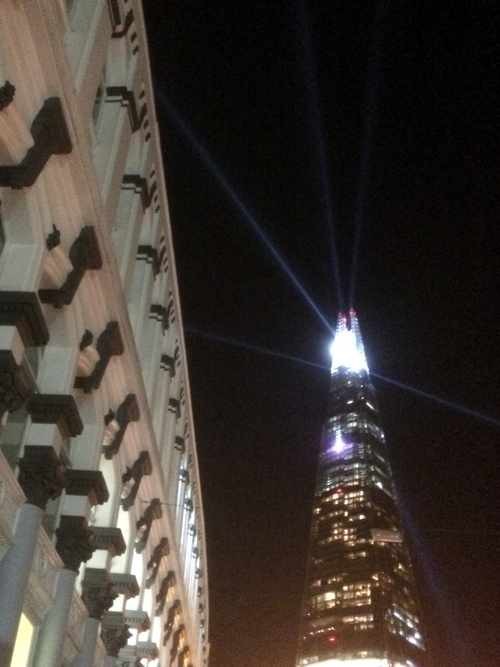 Developer Irvine Sellar said: "The Shard has become a beacon for modern London, and is globally recognised as an emblem of our capital.

"We wanted to create an unprecedented installation that takes an architectural icon and turns it into a piece of public art as a gift that every Londoner can enjoy during the festive season.

"Shard Lights reflects the diversity and energy of our wonderful city and will put us on a par with the celebrations in global cities like Paris, New York and Sydney."

The show has been designed by Jason Bruges Studio. He said: "Shard Lights will create a theatre in the sky, and it will be a prominent feature of the London skyline for the twelve days of the project.

"It has been an honour to work on this project for such an iconic and internationally recognised building."

Tenants of The Shard and The News Building along with the management of the London Bridge Quarter estate have raised more than Ł8,000 for the Evelina London Children's Hospital this Christmas.

The money will go towards a new state-of-the-art mobile sensory unit, as well as gifts for children who are unable to be at home this Christmas.

The hospital's medical director Sara Hanna said: "The children and their families who live in Lambeth and Southwark are especially important to the Evelina London.

"There is a long tradition of care specifically for children in this area. We are really pleased to be supported by the local people and businesses and look forward to using their kind donations to make things better for the children we look after. Thank you for supporting us."