14 people were evacuated from the former World Turned Upside Down pub in Old Kent Road on Friday evening when a fire broke out in the basement. 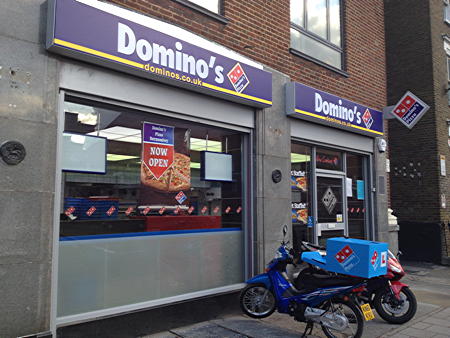 There were no injuries and part of the basement was damaged by fire.

The brigade was called at 5.50pm and the fire was under control an hour and 20 minutes later.

Domino's Pizza opened in 2011 on the ground floor of the former World Turned Upside Down pub.