An early 19th century building on Borough High Street has been given listed status. 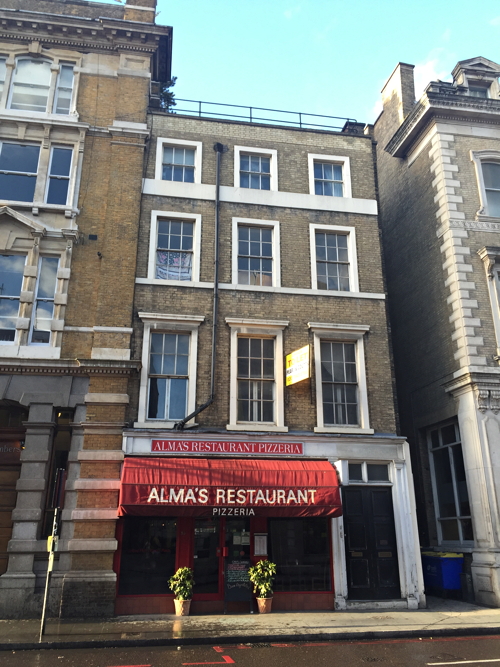 30 Borough High Street – which has Alma's Restaurant on the ground floor – was added to the heritage list by the Department for Culture, Media and Sport earlier this month.

The adjoining building – the former warehouse at 1B Southwark Street – was listed in 1989.

Both buildings are currently subject to a planning application (14/AP/4492) for conversion of the upper floors to residential use.

One of the rooms at 1B Southwark Street features an original warehouse crane mechanism which will be retained in the proposed development.